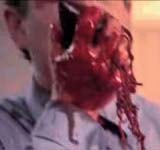 The Committee on Advertising Practice (CAP) – the body that draws up the rules covering the UK’s self-regulated advertising industry – has tightened its stance on online viral advertising.

But its move is likely to meet with a hostile reaction from the viral industry. One leading viral marketers says: “Their proposals are unworkable – it shows they do not understand the nature of online viral advertising.”

While the CAP rules themselves have not been changed, a new guidance note has been issued which could mean online viral makers and the marketers who use them will be much more restricted in what they can do.

Previously, the Advertising Standards Authority – which regulates the industry according to CAP rules – could only investigate viral ads that were sent as attachments to e-mails, or where a fee was paid to feature the viral on a third-party website.

That meant most online virals were outside the ASA’s remit, because they were carried on company websites and so considered “editorial” or because they were distributed by consumers themselves on a peer-to-peer basis.

But CAP now says that if a viral is obviously a marketing message, or if the advertiser distributes it with a request for it to be forwarded (either implicit or explicit), then the ASA may be able to claim jurisdiction.

So far, the ASA has received complaints about 12 virals, and has upheld complaints against three of them. Most recently, it slammed Midway Games’ for paying to have a violent video promoting Mortal Kombat: Shaolin Monks hosted on a viral site (MW January 5). It had previously upheld a complaint against Vivendi Universal for a Cold Winter e-mail.