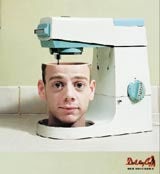 Global video games developer and publisher Capcom has appointed Isobel as its pan-European agency to handle the multi-million pound advertising for the launch of its PlayStation2 and Xbox games.

One of Isobel’s first tasks will be the creative work for the launch of action game Without Warning later this year, which is thought to be worth between &£1.5m and &£2m. The launch will be supported by a press campaign.

Games released by Capcom include Devil May Care, Megaman, Onimusha and Resident Evil.

The games industry is poised for a busy period with the forthcoming European launches of Nintendo’s DS and Sony’s PSP hand-held systems and the Xbox2 home console later this year.