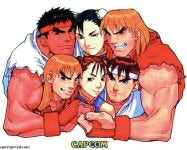 Capcom, the video games publisher, has announced that Mark Beaumont is to head the company’s European operation.

Beaumont, who joined Capcom in 2005 from Midway Games, was senior vice-president officer of the Americas. His new job title is executive vice-president, officer and head of the North America, South America and Europe business. The announcement means he will now be responsible for heading the company’s operations in the West.

The games company is seeking to expand its operations and generate new revenues in the West.

“We are positioning Capcom for the future by strengthening our presence and development in the West,” he addsBeaumont has 25 years’ experience in the games industry and previously worked at Atari.

Sara Lee has extended its “air care” offering with the launch of a combined odour neutralizer and fragrance plug-in air freshener device under its Ambi Pur brand.