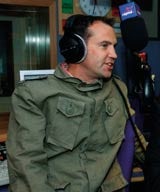 If there was one thing that everyone in the radio industry agreed on at the end of last year, it was that consolidation of the market was not only inevitable, but it was also imminent. It was expected that the Communications Act, made statute in January, would trigger a succession of deals. But the reality is that the market has been remarkably quiet, with only a handful of relatively small deals having taken place in the past year.

Even speculation about which groups are cosying up together behind the scenes had died down until last week, when rumours of a merger between the UK’s largest radio operator, Capital Radio Group, and Classic FM-owner GWR Group resurfaced. Industry experts believe talks between the two are serious and that it is increasingly likely to be the first big radio deal following the introduction of the act.

One radio industry insider says: “We have been thinking that this deal was likely for some time. It has been rumoured that the two groups want to do it to stop Clear Channel coming in and taking Capital.”

While the industry has been waiting for a deal of this magnitude, EMAP, owner of Kiss FM, acquired a 28 per cent stake in Scottish Radio Holdings from Virgin Radio-owner SMG in January, while at a local level, former Jazz FM chief executive Richard Wheatly bought 22 local stations and floated them as The Local Radio Company in May.

This distinct lack of activity has been credited to the high valuation of radio shares, which makes it difficult to extract shareholder value from a deal. There is also the problem that the four key radio groups – Capital, Chrysalis EMAP and GWR – all with ambitious management teams at the helm, have plans to turn predator rather than prey.

It is understood that talks between Capital and GWR were only recently restarted following the decision by the Daily Mail General Trust (DMGT), which has a 29.9 per cent stake in GWR, to pull out of the race for The Telegraph Group over concerns that the newspaper’s owner, Hollinger International, was demanding too much for the paper. With that deal no longer an option, DMGT chairman Viscount Rothermere could well hold the key to radio consolidation.

But it is not clear what the DMGT’s long-term strategy with regard to radio is. Indeed, there are a number of options open to the company. It could take a smaller share in what would be the UK’s largest radio company, a merged Capital/GWR group would be worth an estimated £800m and would control about 43 per cent of the radio market.

But one senior radio executive says: “What the DMGT wants to do could be a major stumbling block for this deal. I am not sure that it would want to dilute its share. It could make things very difficult.”

Capital is understood to have approached the DMGT about buying its stake in GWR in February but was turned down.

The deal that is now under consideration is believed to be a nil- premium merger, where shareholders take a reduced stake of an enlarged company rather than receive a large dividend. But is thought that there are some problems over the valuation of the two groups. Capital, which owns London biggest station, 95.8 Capital FM, is valued at about £409m, while GWR, which has the larg- est regional portfolio, is valued at £351m.

There is little doubt in the industry that a Capital/GWR merged group would be a formidable force, although few want to be drawn on who would lead the company. One senior industry figure says: “Who leads it will depend on who the City prefers. That is probably David Mansfield (chief executive of Capital) but Ralph Bernard (executive chairman of GWR) is an excellent programmer and would want to be more hands on.”

Another industry insider says that he does not believe the two men could work in the same company for long. “One of them will have to step aside and my money would be on Ralph staying on at the group. David has a broader background and you could see him moving into another medium.”

There is widespread agreement that a Capital/GWR merger is a good fit and would cause few problems on competition grounds. Capital, which has 21 stations across five brands and numerous digital interests, and GWR, which apart from Classic FM has 32 local stations and also has a number of digital interests, are both mostly located in the South and have few clashes in terms of sales areas. One possible clash is around the East Midlands, where Capital has Century 106 and GWR has a number of local stations, including Trent FM.

The enlarged group would be a major force in terms of sales, with ability to drive rates up. Virgin Radio sales director Lee Roberts says that Capital has been squeezed by Chrysalis and EMAP in terms of rates in recent years and a merger would allow it to regain its position as the first port of call for sales.

However, one radio buyer says that the loss of a sales option is a concern for advertisers who could be faced with increased rates.

MindShare head of radio Howard Bareham also points out that a merger would effectively split the country between two radio groups, with a merged Capital/GWR taking over the South and EMAP dominating the North, particularly if the speculation that it plans to take over the rest of SRH turns out to be true.

A Capital/GWR deal will allow the enlarged group to cut costs, particularly in terms of programming, although there are concerns from some radio buyers that there would be too much syndicated content and not enough focus on local programmes. But Mark Helm, director of media at content specialist Sound, believes that local listeners could benefit from this. He says: “It is an opportunity for a major investment in programming and improving the quality of centralised programming. It could lead to bigger programmes but with a localised edge.”

Vizeum head of radio Tim McCabe agrees that quality syndicated programming can drive up listening figures and that in the long term this would lead to local stations becoming more branded. He says: “The focus will be more brand-led and that does make radio an easier sell. However, there does still have to be a local feel.”

If the Capital/GWR deal goes ahead, many in the industry believe it will be the start of radio consolidation in earnest. But while it is true that this would make large chunks of regional radio easier to sell, advertisers could be faced with higher rates.

Korean car company Hyundai Motor Company is considering launching a luxury marque as part of a move upmarket. At the same time, the manufacturer has initiated a brand review of Hyundai and Kia, which it also owns. Hyundai is looking to differentiate the two marques, which compete in similar sectors with products marketed on value, […]

The Feel Agency has created a press and poster campaign for sexual health charity FPA that uses the tagline: ‘Woke up with more than you expected? Spots, rash, itching or worse?’

HHCL/Red Cell has created a press campaign for Autoglass, the motor vehicle glass replacement service, which shows the dangers facing drivers who do not replace chipped glass. The campaign begins next week.