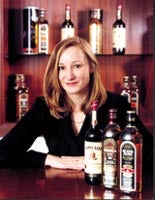 The Capital FM Network has appointed Kelsey Offord on a three-month contract to the new position of head of strategic marketing, following a restructure of Capital Radio’s station network.

Offord’s most recent position was marketing manager at BBC Radio 2. Her appointment at Capital comes a month after the group announced a restructure of its station network. Capital’s national and local stations are being realigned as four main network businesses – Xfm, Capital Gold Network, Century and the Capital FM Network.

Capital FM marketing manager Susan Byrne has been moved to the new position of advertising manager for Capital FM.

Capital Radio is now looking for a marketing director – to whom Offord will report – for the Capital FM Network.

A spokeswoman for the company claims there will be no job losses in marketing departments as a result of the restructure. Existing marketing teams will be responsible for implementing marketing plans for their individual stations.

Offord will report temporarily to Capital FM Network managing director Andria Vidler. Offord and Vidler have previously worked together at the BBC, where Vidler was head of sport marketing and business development.