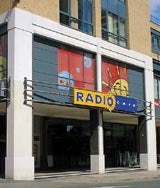 The Capital FM Network is launching a loyalty scheme in an effort to increase market share and encourage listeners to tune in for longer.

The loyalty scheme is called Payback and will launch on the network’s BRMB station on July 8. A teaser campaign encouraging listeners to register for Payback is already under way.

The scheme offers listeners the opportunity to build up “Payback points” by collecting a series of passwords issued on air throughout the day. Listeners then log the passwords into their account, either on the Internet or by SMS, and accrue points for each password logged. Points are used to bid for items on the Payback website. Items on offer will range from T-shirts to cars, which will be provided by Payback sponsors.

Capital FM Network regional marketing operations manager Howard Bradley says the scheme aims to boost audiences and provide a platform for direct marketing. He says: “We’re hoping it will make listeners tune in for longer, and it will also allow us to create a database so we can tailor our marketing efforts.”

While the loyalty scheme will only run on the network’s BRMB station for now, Bradley says it may be extended to other Capital Radio stations in the future.