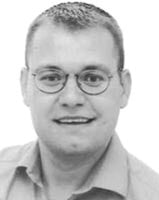 Bradley will be responsible for increasing market share for CHR’s eight radio stations outside London, including Birmingham’s BRMB.

He will also work on the brand strategy of these stations, which have a combined audience of 3 million, but will not have any involvement with London stations Capital FM, Capital Gold or XFM.

Capital Radio has no agencies for its regional stations and does creative work in house, and has no plans to change this.

Bradley will report to CHR marketing director David Andrews, who was promoted from head of marketing for BRMB in August.

Bradley was marketing manager at Coca-Cola, where he was responsible for developing marketing plans aimed at grocers.

Capital Radio’s regional stations exist in the south of England, Birmingham, Wales and Scotland, and include Fox FM, Red Dragon and Southern FM.

CHR was created in August as part of a major restructure of the Capital group. The regional stations were grouped with Capital FM under the CHR umbrella, with XFM, Century and Capital Gold grouped under their own networks.

The move marked a culture change within the company, with emphasis placed on brands rather than the different media used – such as digital, Internet and the FM and AM wavebands.

Events, Karl Marx once remarked, have a habit of repeating themselves: the first time they appear as tragedy, the second time as farce. How applicable to ITV, whose current situation has uncomfortable parallels with events ten years ago. Then, too, economic downturn and the distant reverberation of warfare beset us. Then, too, ITV was struggling […]

With budgets tight and confidence low, many companies are looking again at Christmas incentives for staff. From diaries to vouchers, the big question is how to give staff morale a much-needed boost without emptying the corporate piggy bank

Baker Warburtons this week escaped censure by the Advertising Standards Authority (ASA) after 13 complaints that poster ads for its bread could encourage anti-social behaviour. The three executions showed a serrated bread knife, a hand holding a rolling pin or a fist wearing an oven glove, under the headline “Respect the Bread”. The complainants claimed […]