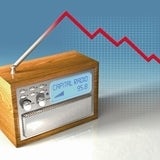 One year into the GCap Media merger, Capital Radio has lost its chief executive and other key figures. While the chairman is confident of his policies, he admits Capital is in ‘intensive care’. The first-quarter Rajar figures will confirm whether he is on the right track. By Caroline Parry

As GCap Media approaches its first birthday this month, it is unlikely to be in celebratory mood. The UK radio market’s first “super group” has spent the year since its creation battling with internal issues, such as struggling to merge the cultures of the two companies that formed it, falling audiences for key stations, declining revenues and the ever-present threat of a takeover bid. Even GCap chairman Ralph Bernard admits flagship station Capital Radio is “in intensive care”.

Integration following the merger of Capital Radio Group and Classic FM owner GWR Group has taken far longer than any industry observer or rival operator anticipated. While few radio insiders doubt that the deal should have gone ahead, some are questioning why the group failed to address its problems for so long.

There was scepticism about the dual management structure from the start. The City questioned how Capital Radio chief executive David Mansfield and GWR chairman Ralph Bernard could lead the group together, fearing that the set-up would be confused and the group would lack defined leadership. GCap made much of the defined roles that the pair would take on. Mansfield would run the day-to-day operational side of the business with Bernard developing the strategy, dealing with the City and concentrating on the digital future.

The structure lasted just over four months before Mansfield became the first senior casualty of the merger in September last year. One senior radio industry figure says it was inevitable, adding/ “They had worked hard to define their roles but Ralph could not help himself. He began to comment on the operational side.” She adds that they were also looking at ways to cut costs, and having both of them at the helm was expensive.

Mansfield’s departure is seen as the start of what became a GWR reverse takeover of GCap. Commercial director Linda Smith and operations director Paul Davies, who were both from Capital, swiftly followed. Other key Capital staff such as Graham Bryce, managing director of Choice and XFM, also decided to leave. The exodus was completed last week with the departure of Capital managing director Keith Pringle and programme director Nik Goodman before next week’s release of the Rajar audience data for the first quarter of this year.

GWR operations director Steve Orchard is now in the same role at GCap, and Duncan George, former head of GWR sales house Opus, has become GCap commercial director. But Bernard dismisses any suggestion that the merger turned into a coup by GWR management. He says: “David’s departure was a mutually agreed decision. His team also made its choice. I didn’t ask Linda, Paul or Graham to leave and I tried to convince them not to. If people want to criticise it for being a GWR takeover, then they are looking at it the wrong way.

“It was more to do with the decline in the trading environment and the time it was taking to bring the benefits in the cost structure. Strategically, we needed to make more cuts. It was a position that caused all the speculation on the bids from private equity firms.”

The senior industry figure points out that while GCap’s management has struggled with the merger, it has also faced problems outside its control. She says: “Talks about the deal started two and half years before it was done, but by that time the market had deteriorated and the BBC was stronger. There was no backing out.” 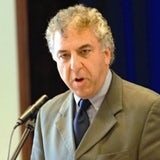 Bernard and his team have begun to address some of the issues. Last November, the company announced a radical overhaul of flagship London station 95.8 Capital FM, which became Capital Radio, with a new policy and a dramatic reduction in the number of ads played per hour.

Bernard says that the strategy aims to allow Capital, which has seen its audience decline from 3m to 1.8m over the past five years, to retain its price premium in the market by offering advertisers a less cluttered environment. To support the policy, it has written off &£7m over three years. The City has reacted with sceptism to the policy, which it has borrowed from Australian station Nova. One analyst says/ “It will prove attractive to advertisers but the financial impact will lead to permanent low growth.”

But media buyers believe that the idea will work in the long term. Jonathan Barrowman, head of radio at Initiative Media, says that it will “ultimately be a good thing”, but the programming has to be sorted out before the station begins to grow its audience. The relaunch and ad policy were announced as GCap revealed that revenue was down by 11% for the six months to the end of September. In April, it revealed that revenue for the full year to the end of March was down 13%.

The sale of nine local stations was also announced in November, but has since been scrapped after it failed to attract the &£50m it hoped to raise. Potential buyers have also criticised GCap for handling the sale in-house.

The results for the revamped Capital, which launched in January, and listener reaction to the reduced ad inventory are awaited. Bernard says that an independent study on how effective the strategy has been for advertisers will be released later this month. However, Pringle and Goodman leaving so close to the Rajars has prompted speculation that a bad set of audience figures is expected. Goodman has been replaced by Scott Muller, who joins from Sydney-based Nova.

Bernard suggests that Capital is in “intensive care”, but describes suggestions that Pringle and Goodman left as a pre-emptive move as “crass”. He adds that Capital is still not right and will not receive any marketing until he is happy with it. 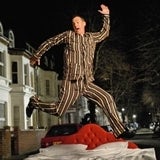 But while changes have been made, there is still much for Bernard to do. Observers do not see that a takeover is inevitable as GCap has now reduced its costs. But one radio expert points out that Daily Mail General Trust (DMGT), one of GCap’s biggest shareholders, appears to be taking more interest in the group.

He says: “Lately it seems that things have been going so badly that it has taken a more active role.”

The expert points out that both the new advertising policy and Muller are both from Nova, a DMGT-owned station. But he believes that the management are out of their depth and appear to be “making it up as they go along”.

Bernard admits that it has “not been plain sailing”, but is confident about the future. He intends to nurse Capital back to health, but also encourage people to look at the GCap group, which includes brands such as Xfm, Choice and Classic FM, the biggest national commercial station. He says: “The perceived failings of the group seem to rest on the shoulders of [Capital breakfast show host] Johnny Vaughan. That is ridiculous.”

The pressure is still on. Yet Bernard insists he has the full support of his shareholders and staff, and is dismissive of City scepticism about his strategy. He says: “The day I start believing what City analysts and business journalists say is the day I suppose I should leave.”