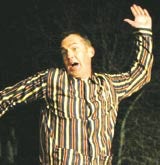 Details of Capital FM Network, the new company to be created as a result of the Capital Radio Group and GWR Group merger in May, have emerged, with Capital Group sales director John McGeough retaining his role and GWR operations director Steve Orchard will be group operations director for the merged company.

Under the enlarged group, Capital FM Network will be overseen by GWR group operations director Steve Orchard and will be run alongside The Mix Network. It has not been confirmed if the two networks will merge. It is also unclear what the changes will mean for Capital FM Network managing director Lyn Long, who is understood to be in consultation with Capital.

It is understood that the majority of the senior executive roles have been decided, although they are still subject to shareholder approval and the results of the consultation process.