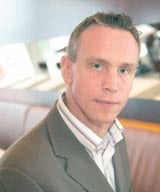 Capital Radio Group has promoted head of sponsorship and promotion Mike Hope-Milne to brand sales director as part of a further restructuring of its commercial department.

Hope-Milne will head a brand specialist department that will develop revenue from the group’s brands, which include Century FM and Xfm. He joined the group in March 2002 from MediaCom, where he was head of radio.

Capital is looking for a new group sales director to replace Bennett although the role has now been extended as a result of Hope-Milne’s promotion. Bennett’s replacement will be responsible for sponsorship and promotion. The company is also seeking a commercial marketing director.

Bennett, who started his new role on April 28, has been with the Capital Radio Group for ten years. He will now concentrate on developing new revenue streams away from airtime. Capital has already enjoyed success with Capital Gold CDs and music magazine X-Ray.

Last week, Capital reported a fall in pre-tax profits to &£7.2m for the six months to March 31, down from &£9.4m in the same period a year earlier. Turnover also fell, from &£60m to &£56.9m. The group warned that it is also facing weak advertising demand in June.