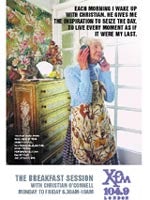 The creative review comes one week after Unity resigned the strategic communications business, citing a difference of opinion over “direction”. The incumbent for the creative business is Quiet Storm, which will repitch for the business against a number of undisclosed ad agencies.

Xfm marketing director Charlotte Soussan, who is overseeing the pitch, says the station will make an appointment on both creative and strategic communication within two weeks.

Soussan says she is considering appointing two agencies to the creative account, and adds: “There is the possibility that we will appoint more than one, but it will depend on which agency is selected.”

Quiet Storm has held the creative account since January 2000, when Xfm first reviewed its marketing strategy. The London-based station launched in 1997 and avoided above-the-line marketing for two years, instead focusing on direct mail, fly-posting and sponsoring music festivals.

The station suffered an identity crisis after Capital Radio’s acquisition in 1998 and hired Quiet Storm to re-establish its credibility as a cutting-edge music station. Xfm had been accused of becoming too mainstream being bought by Capital.

Investment company Friends Ivory & Sime (FIS) has appointed a new marketing director and is calling for its agencies to repitch, following its acquisition of Royal & SunAlliance Investments (RSA Investments).

Non-terrestrial television, including satellite, cable and digital channels, could soon be airing party political broadcasts (PPBs) if recommendations put out for consultation yesterday by the Electoral Commission are heeded. The Electoral Commission’s consultation paper on the future of PPBs recommends that any channel commanding audiences over a specified number should be required to screen the […]