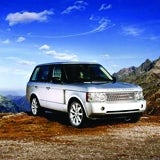 Land Rover is the first major car marque to announce a freeze on the VAT rate at the current 17.5% in an attempt to encourage sales. Vehicles ordered before 31 December and registered between 4 January and 31 March will be charged at the existing rate; Land Rover will absorb the additional 2.5% VAT increase.

A spokesman for rival car manufacturer Ford says that although the marque is not planning any VAT-specific offers, its marketing will reflect the expected sales dip in January and February following the VAT rise.
He adds that the anticipation of the VAT increase has led to increased sales in the current quarter as consumers try to avoid the higher rate.

Car sales are already under pressure because public sector job losses have affected consumer confidence. Sales fell 22% in October compared with the same month in 2009, the fourth month of decline following the end of the car scrappage scheme, introduced last year to encourage sales.

A spokesman for the Society of Motor Manufacturers and Traders (SMMT) says the price increase will have the biggest impact at the premium end of the market.

The spokesman says: “It’s [the car market] a highly competitive market and although vehicle registration is expected to be up on 2009 figures, it will still be a difficult market next year. We expect manufacturers to be putting their best deals forward to get customers into dealerships.”