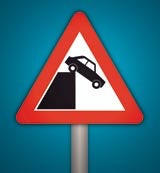 March sales figures for the UK car industry will be released within days – and after two years of falling demand and a bad start to 2006, marketers are anxiously waiting to see whether the new registration has re-ignited the market or if the sector is running on empty. By Robert Lester

The UK’s top car marketers currently have the phrase “Beware the end of March” ringing in their ears as they brace themselves for first-quarter sales results. Within a fortnight the industry will receive the figures and learn whether a 10% drop in new car sales for January and February has been extended to a third month. Heavyweights such as Renault, Volvo and Toyota are among a host of manufacturers to have had disappointing starts to 2006, and March’s figures will give the first real indication of the scale of the difficulties facing the once booming sector.

Car companies are hoping March’s new registration has breathed some new life into a market that has stalled in the past two years. After experiencing three consecutive record years between 2001 and 2003, new car sales in the UK fell 0.5% in 2004 and 5% in 2005.

Last year’s figures would have been even worse but for a record December, which saw a 9% increase in sales over 2004. However, the rise was the result of a 3% tax break offered to company car drivers before the end of the year, leading to a jump in sales of diesel cars.

The Society of Motor Manufacturers and Traders (SMMT) believes that, as well as distorting last year’s figures, the tax break also contributed to this year’s poor start by bringing forward business normally done in January and February. An SMMT spokesman says: “Consumer confidence and interest rates contributed to the market being down last year and we expect 2006’s figures to be slightly down again. It will be a tough year for the private sector, and manufacturers and dealers will be fighting hard for every sale.”

While the loss of MG Rover played a small part, the reasons for the overall slowdown in the new car market in 2005 lay firmly with the private sector, which was down 10% on 2004. Large fleet and business volumes were down just 0.3%.

The Institute for Automotive Industry Research assistant director Paul Nieuwenhuis believes a downturn was inevitable. “Last year was held up by the fleet market but we’ve had some very good years and they had to come to an end at some point,” he says. “Some companies are suffering from a lack of new models. Shorter product cycles have had an impact on the whole market, and people now expect replacements much sooner and there is more competition.”

The European market as a whole is in better shape, with new car sales up 2% in February, according to Acea, the Brussels-based European carmakers’ association. Higher demand in Italy and France has helped to offset weaker markets in Germany, Spain and Britain.

The manufacturers worst hit in the UK in the first two months of this year include Mini, down 48%, Renault and Volvo, both down 34%, Nissan, down 30%, and Toyota, down 22%. Skoda was one of the few to post an increase in sales – up almost 18% for January and February. Fiat, after launching the new Punto, was up 10% and Peugeot sales rose 9%. Kia and Audi made small gains.

Mini blames its dismal start to 2006 on the fact that it closed its factory for three weeks over Christmas as part of a &£100m upgrade to increase capacity. A spokeswoman says the factory is due to close again later this year and adds that the company has planned for the drop in sales.

Volvo, which didn’t launch any new models last year, is launching three this year – the new C70 convertible, the second-generation S80 and three-door sports coupÃ© the C30. Head of marketing communications Paul Walder says December disguised how hard the market was last year, but adds: “The new launches will help us build the brand and reinforce the message the company has changed. The new sports coupÃ© takes us into a segment we haven’t been in before and will introduce us to a younger market.”

Toyota, which is doing well in the hybrid sector with its Prius model, will this year overtake General Motors as the world’s largest carmaker. But 2006 has not started well for its GB division, with bitter rival Honda selling more cars in the first two months of the year.

Its slow start stems from the recent launch of the Yaris and Rav4, according to commercial director Paul Philpott. He says for a time at the start of the year neither the new models, nor some of the older ones, were on sale. Philpott adds: “The economic conditions that have affected the high street have adversely affected the car market and we’ve got to box smarter to increase market share.”

Mike Moran, Philpott’s predecessor at Toyota, says companies operating at the cheaper end of the market are doing better. “The ones that are up seem to be those with a strong value proposition,” he says. “Marketing is how you steer your ship through choppy waters, and to do well when the market is this bloody, you need an impressive marketing stance in terms of promotion.”

But Moran says there is not always an exact correlation between good marketing and strong sales. He thinks Vauxhall’s television ads are stronger than Ford’s, but Vauxhall’s sales are down 14% for the first two months of this year, while Ford is down less than 5%. However, looking behind the numbers, Vauxhall’s retail sales are up 0.8%, but the company is down 18% in the fleet market. Conversely, Ford is up 6% in fleet but down 22.5% in retail.

It is becoming increasingly difficult to get car marketing noticed among the myriad new product launches, says David Miller group account director at Volkswagen’s below-the-line agency Proximity London. “There are so many messages through so many different media. The challenge for us is to have integrated, concise launch campaigns stand out from everyone else’s,” he adds.

It would be premature to read too much into the current problems as they come so soon after the UK car industry’s most prosperous period to date. But March’s sales figures need to bring some good news to stop a temporary slump becoming a long-term crisis.â¢