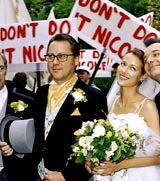 The move, which comes into effect from the start of 2001, is a blow to the incumbent Optimedia which handles the business in ten of the 16 markets. The business is worth £84m in the UK alone.

Renault’s media buying in Europe was previously run country by country. Optimedia had the bulk of the business, including France where Renault is based.

Carat pitched against all three incumbents and OMD.

Over the past three months, Carat has won a number of car accounts. In July, the company was awarded BMW’s £100m European business, as well as the £74m UK business for PSA Peugeot CitroÃ«n, which it split between itself and its sister company BBJ Media.

A statement from Renault confirmed Carat’s appointment and added that Carat’s thoughts on Renault’s brand strategy and cost-cutting proposals were the decisive factors in the final decision.