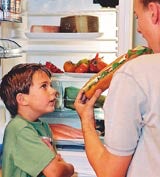 White goods brand Hotpoint has moved its £2m media buying account to Carat from Mediaedge:CIA. Last week, Italian owner Merloni Elettrodomestici announced it is to invest £9m in the brand after dropping Ariston from the UK (MW last week).

Ariston’s range of built-in appliances, including hobs and dishwashers, will be rebranded as Hotpoint, which is to be repositioned to compete with high-end brands such as Neff. The Ariston brand will continue to be sold in continental Europe, where it has been more successful.

A creative campaign is being developed by Team Saatchi. Ads will run on TV and in lifestyle magazines, and will break this month, when the new range will available in stores. The campaign will introduce a lifestyle element to Hotpoint’s advertising, focusing on how white goods can make life easier.

Merloni bought a 50 per cent stake in General Domestic Appliances, a joint venture with General Electric that includes, as well as Hotpoint, the Creda and Cannon brands, from Marconi last year (MW March 14, 2002). It has since extended its share to 60 per cent and has acquired management control of all the brands. It has an agreement with General Electric to acquire the rest of the partnership in the future.