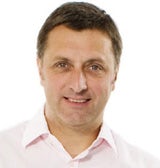 Carat originally predicted a global ad spend drop of 5.8% in March and suggested that the UK would see ad spend fall 7.1%.

However, the media group says foresees a slight return to growth of 1% globally next year, driven by more stable economic conditions in the west and recovery in developing markets, particularly China.

The only region Carat has revised upwards for growth this year is Asia Pacific – but that only from a 0.8% fall to a 0.3% fall.

The only marketing discipline forecast to see any growth is, as expected, online, which will reach reaching 10% of global adspend, according to Carat.

Regarding the UK, Carat says that all media with the exception of the internet and cinema, will suffer a double digital decline year-on-year. Magazines will see the biggest drop, at 17.1% and second will be Newspapers, at 16.7%.

Carat sees modest growth for the UK next year, with the World Cup expected to benefit the market but recovery is not forecast to be properly underway until 2011.

Aegis Media CEO Jerry Buhlmann (pictured) says: “These significant revisions are not unexpected in the context of the recent volatility of the market, and represent a cautious attitude towards adspend this year, most significantly in the US and Europe.

“China remains the most resilient of the major economies, and we have revised our cautious estimate upwards since March to 6.9% for 2009. However, even in China, we have noticed advertisers proceeding cautiously, and adjusting spend on a quarterly basis.”