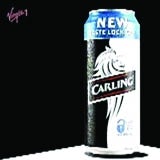 Heineken UK objected to Carling’s TV and outdoor campaign, which highlighted a ’New Taste Lock Can’, because they said it implied the rival brewer used new technology to create a new can design.

It also challenged whether the claim “scientifically proven to lock in great taste” misleadingly implied that the can was better than those of competitors’.

The Advertising Standards Authority ruled the campaign was not misleading after concluding evidence provided by Heineken showed the changes mentioned in the ad referred to an improvement in canned Carling only.

It ruled the evidence backed up the claim in the ad for Carling, owned by Molson Coors Brewing Company, and is not likely to be misinterpreted.