The brewer’s current deal with the Premier League club, understood to be worth about £7.5m a year, is due to end next year while an exclusivity agreement that prevents the club from exploring alternatives until last month.

Carlsberg chief executive Jorgen Buhl Rasmussen told Forbes magazine that it will decide whether to extend by the end of this year.

“We will have a conclusion of a deal or not this year. But, like in every discussion, everything has a price, and we need to assess the alternatives,” he told the magazine.

The report comes two months after Carlsberg indicated that it was willing to discuss naming rights for the club’s proposed new stadium when discussions began.

In the UK, the brewer says Carlsberg gained both volume and value share with overall UK market share now at around 14.4%.

Supermarket giant Asda is to launch a social networking site designed to allow consumers to interact with the brand more freely. 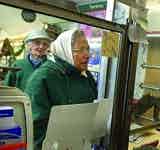 The Pensions Regulator is looking for a direct marketing agency to communicate to employers the widening of its remit following the passing of the Pensions Act 2008. 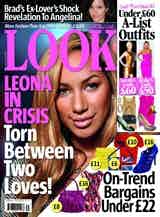 Glossy weekly Look magazine has signed up to advertise in cinemas for the first time.