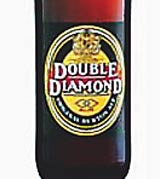 Carlsberg-Tetley is ditching its Double Diamond bitter ale three years after relaunching it, because of poor sales. The brand, a huge brand in the Sixties and Seventies, was relaunched in 2000 in bottles in an attempt to woo younger drinkers.

A spokeswoman for Carlsberg-Tetley says the company decided to pull the plug after poor sales.

Double Diamond was made famous in the Seventies by the strapline: “A Double Diamond works wonders”. The brand was once said to be the favourite tipple of Prince Philip.

One industry insider says: “Carlsberg-Tetley had big plans for Double Diamond, but it failed to get any major listings with retailers. The bottled version of the brand was unlikely to attract trendy buyers, and it proved to be a costly exercise for the company.”

Another industry insider says the relaunch only had nostalgia appeal and failed to win new consumers.

The bitter will be available in the on-trade in draught format.

Last year, Carlsberg-Tetley signed up supermodel Helena Christensen to feature in a campaign for Carlsberg Lager and Carlsberg Export. The &28m move to revamp the brands included a packaging redesign, more TV advertising for both brands and a font that pours beer faster (MW February 21, 2002).