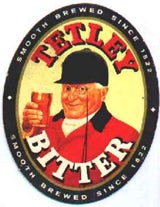 The brewer is investing £3m in the cask Tetley’s this year.

The Huntsman will appear on all Tetley’s cask marketing material from POS to pump clips, to glassware throughout the trade over the coming months. And he will front a big outdoor marketing campaign, which will launch later in the year.

Paul Davies, director of brands at Carlsberg UK, says “The Huntsman is at the very heart of what Tetley’s cask ale is all about. The Huntsman signifies quality and heritage. In many ways he never went away – but he is now back: front and centre again where he belongs.”

In recent years the Huntsman has became less of a focus for the brand.

Carlsberg UK has also confirmed that it is going to roll-out a range of four seasonal cask ales over 2010 with Christmas beer Northern Cracker making a re-appearance at the end of the year.

Carlsberg is to close down the Leeds-based Tetley brewery in 2011 and is shifting operations to Northampton.

Two-thirds of consumers consult a catalogue before buying a product or service, underlining the importance of an integrated, multi-channel approach to distance selling.

It’s interesting to hear the Pearl &amp; Dean research results suggesting consumers are on the whole both positive and intrigued by 3D television and cinema, but yet to be truly blown away by it (Closer and More Personal with the Help of 3D, MW 21 January).