Like many beer giants, Carlsberg is facing some tough challenges. Consumers are moving away from lager in favour of other alcoholic drinks, and mass-produced beer has been steadily overlooked for ‘craft’ drinks produced in small breweries.

Carlsberg’s latest results show that volume sales dropped 4% to 56.7m hectolitres during the first half of this year and its ‘other beverages’ business, which includes Carlsberg Sport and Tuborg Squash, saw volumes drop 2% to 2.7m hectolitres. Despite this, its profits and revenue were still up – net revenue grew 2% to £3.9bn in the six-month period, while net profit jumped 23% to £281.5m – as demand for more expensive beer boosted its performance.

While there are many reasons for its recent business success, Carlsberg says marketing is at the heart of it. Earlier this year, it launched a new ad campaign focusing on its Danish roots and history in a bid to lure people back into the lager category and fight declining sales.

And while volume sales are yet to recover, Carlsberg claims that the ad, which shows actor Mads Mikkelson cycling through different Danish landscapes, has been its “most successful piece of content in many years”.

It is currently shooting a follow-up and the campaign, originally launched in the UK, has since been used in other markets. Carlsberg also believes the ad sets it apart from competitors.

“When it comes to advertising in the UK, it seems that big international breweries have been competing in who can be the most superficial in their marketing. They equate financial success to personal success. Meanwhile, craft brewers did things differently – they had no TV money or sponsorship, so it had to be all about the beer,” Rasmus Bendtsen, Carlberg’s global marketing manager, tells Marketing Week.

Craft beer for the many 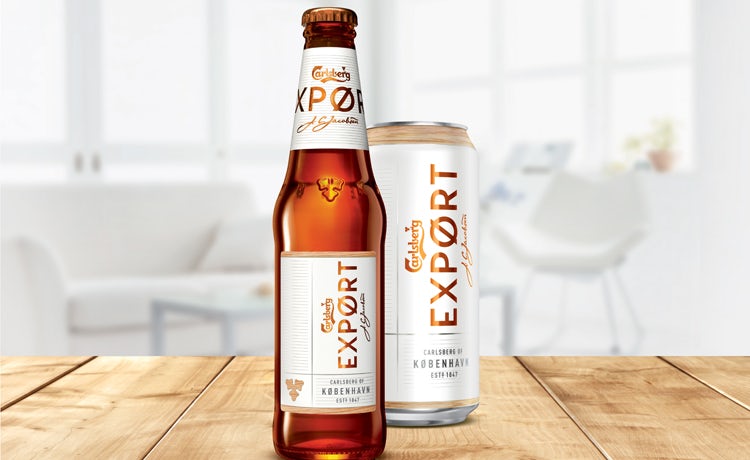 Besides focusing on its Danish roots, the beer brand has increasingly positioned its products as a ‘premium’ option, and looked to align itself with craft by putting a greater emphasis on quality ingredients and taste.

Its ‘Export’ beer was given a makeover in November last year with a classier white packaging by brand design agency Taxi Studio, and in April Carlsberg brewed a 133-year-old lager in a bid to reclaim its “craft beer heritage”. It has also launched a craft beer portfolio, the Crafted Handbook, which showcases its own beers as well as some independents and Brooklyn Brewery beers, which it markets and distributes in the UK.

The company’s UK division recently acquired Hackney-based London Fields Brewery.
Big company takeovers of small breweries have long been a thorn in the eye of smaller craft brands and associations, who see it as selling out. The Society of Independent Brewers even launched a special hallmark to denote which brands are “true” craft.

Small breweries are using the idea of craft being about small-scale brewing against us as a marketing tool.

Despite this, Carlsberg insists the notion of ‘craft’ is highly subjective, and that it has firm roots in the category.

“We see ourselves as the first craft brewery, and we are exactly the same as [those] craft brewers launching their products today. The real difference is that we have managed to stabilise the quality and handling of the production so that we could make craft beer for the many. Small breweries are using the idea of craft being about small-scale brewing against us as a marketing tool,” says Thomas Lohren Busch, creative advisor consultant at Carlsberg.

Its focus on quality and craft seems to have paid off. Carlsberg’s craft and specialty division saw a 25% increase in volume sales during the six months to 30 June, in part due to the company launching craft versions of existing brands.

“We are today the world’s third largest brewery, and it’s quite a distance [between us and the two others]. They have a different story than we do, we actually have a craft brewing story that is true and real. I’m not trying to badmouth them, but they didn’t start the same way we did. That’s what makes Carlsberg different,” he says.

Bringing brand purpose to the fore

The beer brand has also been putting a bigger focus on its brand purpose of ‘giving back to the world’. It celebrated its 170th birthday last week with a series of events put together by FCB Happiness in Copenhagen, one of which saw Carlsberg’s founder J.C. Jacobsen being brought back to life as a hologram to deliver a TEDx talk on progression.

In 1876, Jacobsen left his company to the Carlsberg Foundation, which today oversees the Carlsberg Group, as well as supporting research within natural sciences, social sciences and humanities.

We are a company with a purpose. Lots of big international breweries are guilty of taking more from the world than giving back.

“Our objective is to bring meaning and substance to why Carlsberg is probably the best beer in the world. We are a company with a purpose. If you don’t like the taste of our beer, how about the fact that it’s made with a scientific mindset to make it fresher for longer, or our focus on sustainability to protect the planet? Or that the Carlsberg Foundation gives 30% of profits back to science. Lots of big international breweries are guilty of taking more from the world than giving back,” Bendtsen says.

Its backstory is also what Lohren Busch believes will set the brewer apart in the long run, with Carlsberg insisting it has “many different stories” it could draw on and that it’s “just getting started”. Explaining what it does to make the world a better place could also play a bigger role in its messaging.

Lohren Busch concludes: “The more money we make, the more money we give back to society, and we do care about the state of the world. It sounds a bit like I’ve been touched by God, and it’s not at all like that. Our foundation is a tangible example of that purpose being given a true meaning. [We want our ads] to make you feel good about everyday life.” 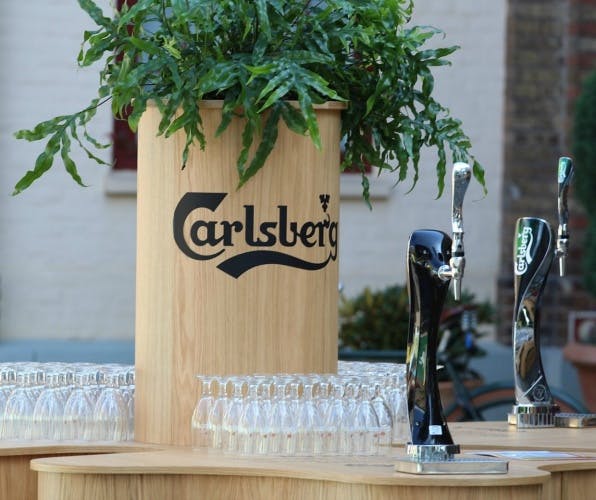 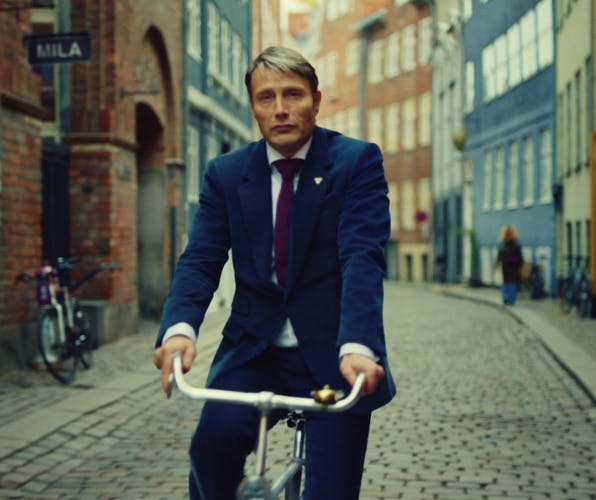