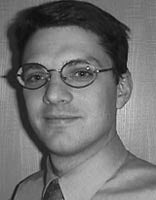 Carlton Interactive has appointed chief financial officer Paul Greensmith as its chief operating officer. The move is part of a management restructure, following the departure of chief executive Rupert Miles.

Miles quit to take up a senior role at Reuters last month. His responsibilities have been split between Greensmith, newly-appointed managing director Kirsty Marron and marketing and strategy director Duncan Eaton.

Marron was previously director of entertainment at Carlton Interactive. She now oversees technology as well as content.

Eaton, who joined Carlton in March from The Independent where he was head of marketing, has been given greater responsibility for developing new projects, alongside current websites, such as game site Jamba, film-related site Popcorn, and Simply Food. Eaton will also liaise between the marketing department and a new online media sales house, called Carlton Hyperactive.

Carlton Interactive plans to launch an extended music service early next year. It currently offers a website for regional TV programme Videotech, which is to be given a new look and will benefit from a separate marketing campaign. The company also hopes to strike deals to broadcast major live music events.