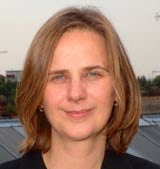 It’s round two in the longest battle in the games market – Sony versus Nintendo. But this time, Sony is taking the fight up to another level. Game over was called in the main console market some time ago with Sony PlayStation, now on its second version, beating Nintendo’s GameCube outright. Despite a new player in

Sony now has its sights set on another prize: the handheld console market. This has traditionally been dominated by Nintendo, which accounts for virtually all of the UK handheld market through its various GameBoy devices. But that could be about to change. On September 1, Sony will launch its first handheld gaming device in the UK – the PlayStation Portable (PSP). Sony claims that the sleek PSP is not directly pitched against Nintendo’s latest handheld device, the DS, or its smaller GameBoy Micro, which launches in Europe in November. PSP certainly costs more, priced at about &£180, compared to &£100 for a Nintendo DS or about &£69 for a GameBoy Micro. It also has more functionality, allowing users to watch full-length movies through its UDM drive, listen to music through its MP3 player and store digital photos, as well as play games. And Sony claims that it will appeal more to older gamers than Nintendo’s handheld devices do.

But when it comes down to it, you can be sure that Sony has one goal in mind: to dominate the handheld market, just as it does the main console market. And if that is not taking on Nintendo head-to-head, what is?

For Sony the PSP is crucial. Its brand has been suffering of late having lost ground in the television market by failing to recognise the importance of plasma screen technology, and it has let Apple’s iPod take all the glory in the music download market. The PSP could help make Sony sexy again.

However, PSP has found it tough going trying to capture the imagination of consumers in its native Japanese market. Sony claims this is down to a regional loyalty to Nintendo, also a Japanese brand. But Japanese consumers are known to have taken to communicating with one another by writing on the screens of their Nintendo DS – a function the PSP does not have. Elsewhere, though, PSP – which launched in the US in March – looks set to overthrow Nintendo. Its movie-playing facility has been a huge hit in the US, despite the fact that consumers are having to shell out for special miniature UDM discs as the device can’t play DVDs.

The one advantage that Nintendo may have is a huge archive of games that extends from Super Mario to Zelda. But its cartoon-like images may lose out to Sony PSP’s cinematographic style. It should be remembered that Sony also has a huge array of games.

Nintendo has managed to see off competition in the handheld device market before, in the shape of Atari and Sega. But this time around Sony is armed to win with its all-singing, all-dancing machine. Let’s hope Nintendo does not go the same way as other handheld devices that have come and gone. A market is always more interesting for marketers and consumers when there are at least two significant players pitting their skills against one another.

IDS sales director Mark Howe has left the company after 13 years, without a job to go to. It is understood he will not be replaced and that executive sales director James Wildman will take over his responsibilities. IDS handles sales for Flextech channels and its joint venture with the BBC, which includes UK Gold […]

Ladbrokes has appointed Michael Simpkin as head of marketing for its UK retail division following the departure of Chris Edgington. Simpkin has worked for Ladbrokes since 1987, holding various positions in the marketing department. He takes over as head of retail after Edgington’s departure last month. Edgington left to join rival William Hill just after […]

Congratulations to Grant Duncan (MW August 11). He tells us ad agencies have to change their 1950s ways, adapt to multi-channel strategies and, what is more, that his agency has succeeded in this. With an open plan office to boot. This all appears very laudable, as does the “media neutral” stance adopted by many below-the-line […]