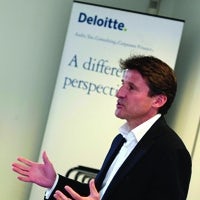 Despite being an official supporter of the London 2012 Olympic and Paralympic Games, professional services firm Deloitte does not approach its involvements in sport like a conventional sponsorship.

Simply attaching its logo to a sporting organisation or earning a namecheck would provide low impact for the firm, since consumer awareness and sentiment are of little consequence to its business.

Deloitte’s London 2012 manager Catherine Bayley says: “It is not about having Deloitte mentioned a hundred times. It is not about having partners even acknowledge Deloitte. We are a business-to-business professional services organisation, so we do not have a product to put on the shelf or something for somebody to hold. We have to showcase what we do best, which is solve problems.”

Deloitte has been providing consulting services to the London 2012 organising committee, Locog. As Marketing Week reported in 2010, Deloitte has also been doing quarterly measurements to assess what other work has been won as a result of mentioning Olympic credentials in bids for contracts.

“We know that bids that include the London 2012 credentials have a higher win rate than those that do not,” Bayley said at the time.

As part of its Olympic involvement, Deloitte has also partnered with charity SportsAid, which provides support to young and developing athletes. Again, Bayley says, the objective is to provide a solution to a problem – namely, helping prospective Olympians and Paralympians to compete at the highest levels of their sport while also surviving financially and staying in education. Success has a tangible measure in the medals the athletes win.

Bayley adds: “We are taking what has been an under-funded and under-promoted part of sport and dragging it to the fore as best we can. We could have sponsored a football team or the World Cup, but what we chose to do is go in for the long-term and develop something that was a five-year programme.”

Developing personal relationships with clients is also a crucial component of Deloitte’s sport-related marketing. The SportsAid partnership provides such opportunities through SportsBall, an annual fundraising dinner organised by agency Gyro.

SportsBall offers Deloitte’s clients an experience that could not be replicated in any other setting, and it forms part of the firm’s move away from “traditional hospitality”, Bayley claims. Rather than playing 18 holes of golf, for example, Deloitte is far more likely to invite clients to spend a year training with its staff to walk the 874 miles from John O’Groats to Land’s End. 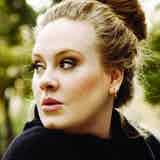 Music video platform Vevo plans to move on to connected TV devices and partner with more major brands and broadcasters this year in a bid to become a “recognised consumer facing brand”. 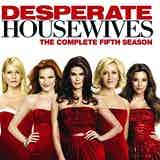 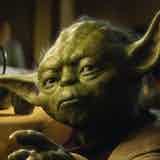 Vodafone has enlisted the help of Star Wars character Yoda to push its strategy to make the mobile internet “accessible to all”; the operator’s biggest marketing campaign since its “Freebees” activity last year.