Given the company’s focus on efficiency, easyJet has taken full advantage of Google AdWords, with the support of the search team at media agency OMD UK over recent years to drive ticket sales. In that time, the agency has enabled easyJet to maximise return on investment from paid-for listings through a range of keyword campaigns. OMD search director Hayley Spence says/ “Ever since we began working with Google, search campaigns have always met our cost-per-seat targets.”

Katie Stitson, marketing manager at easyJet, says: “We’ve had phenomenal success by partnering with OMD and Google. Search has enabled us to react incredibly quickly whenever new marketing opportunities have arisen.”

At the heart of each campaign’s success has been the unrivalled popularity of desktop-based search using Google. Still, in spite of desktop traffic remaining high, OMD began to see a rapidly expanding UK audience using Google on high-end devices such as the iPhone, Android phones and the Palm Pre, all of which give users full internet browsers. Not only this, but the latest figures predicted mobile internet adoption would leap to 39% among European consumers by 2014 and mobile would be at least twice the size of desktop-based internet. It seemed clear that OMD should start developing an effective mobile strategy for the airline. “The data proved that mobile search could be an effective channel for advertisers,” says Spence.

Stitson adds: “This was a chance to establish a watertight business case for funding mobile activity.”

OMD worked with Google to launch an easyJet campaign using Google AdWords to target owners of high-end phones. It meant easyJet appeared at the top of the paid-for listings whenever users searched Google on their smartphones with certain keywords. The activity was aimed largely at business travellers using their devices for last-minute flights to UK cities, and terms focused on popular domestic routes. OMD expected participants to be regular flyers, so the ads linked to the main easyJet.com website rather than to a site designed for mobile users. It believed that this audience would cope better with navigating the website on a mobile device.

The results of the promotion were tracked by DoubleClick’s DART for Advertisers technology. OMD search manager Ashwin Khanchandani says: “We used our results to optimise the campaign – which is still ongoing – as time went by. Our findings suggest that the people who use Google for search on their mobiles also use Google on their desktops. It’s safe to say that brands will need to include paid-for search on mobiles as well as desktops in the future as high-end phones become increasingly popular.”

The activity showed that mobile search delivers a higher clickthrough rate (CTR) for non-brand terms than campaigns on desktops. Spence says: “When we looked at the results, we saw that CTRs were up to six times higher on mobile.” The same results also showed that the campaign delivered a return on investment ratio of 11:1, giving easyJet an £11 return for every £1 spent. Spence comments: “What we saw was incredibly promising for the future of mobile search. The activity highlighted the importance of developing a mobile strategy now, because mobile search is growing at a faster pace than desktop search did at a similar stage in its development.”
Apart from the significant return, the promotion also confirmed that mobile search tends to occur at a later stage of the buying cycle. OMD found that a significantly higher number of flights purchased after mobile searches departed within ten days of the booking compared with purchases based on desktop searches. Khanchandani says: “We found that 38% of bookings on mobiles were for flights that departed within ten days, while with desktops it’s about 13%.”

He continues: “With this insight, we plan to increase conversion rates still further by directing people to pages where they can see prices for upcoming flights rather than to the homepage or pages with destination information.”

According to Stitson, the exercise justified her belief in mobile search and gave her a strong business case for future mobile search activity. She says: “The campaign has confirmed that there is a strong demand for mobile internet – and it’s increasing at a substantial rate.” The results will definitely have an impact on the future of the brand’s online development. Stitson adds: “After the success of Google mobile ads, we now plan to develop a mobile version of our new easyJet.com website.” 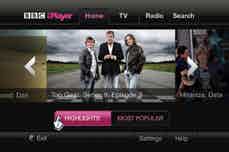 The number of people accessing the BBC iPlayer via their computers rose 7 million to 95 million in May, according to the broadcaster’s latest figures.

The European Parliament has rejected “traffic light” labelling schemes, which would have meant red warning labels for foods seen as unhealthy because they are high in fat, sugar or salt.