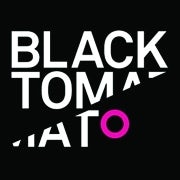 Selling travel experiences that allow customers to forget everyday life has proved lucrative for internet travel company Black Tomato in recent years. Since 2006 sales have grown 75% a year, from £1.3m in 2006 to £6.8m in 2009 and in 2010 it was ranked 47th in the Sunday Times Fast Track 100 of Britain’s fastest growing private companies.

Trips on the site are classified under categories such as ’to disappear’ and ’to get lost’ and offer trips such as Ninja training in Tokyo and ice climbing in Chamonix, fulfilling a need for imaginative and fantastic travel.

The company has been quick to capitalise on its recent growth, launching sister sites Epic Tomato in February, which focuses on extreme, experience-led adventures, and Beach Tomato in March.

So how is Black Tomato bucking the trend for consumers cutting back on non-essentials such as holidays? Co-founder Tom Marchant says its customers won’t give up their holidays. “We are fortunate in that the type of travel we built the brand around is experiential led. It’s about new, immersive experiences.

“Things that people haven’t done before or ways of seeing a place that they hadn’t thought was possible. What that did is gain us an audience to whom travel is extremely important, and through the recession one of the last things they wanted to give up. They allocate spend to it and pull money away from other areas,” he claims. 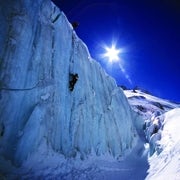 Marchant believes that pressured working environments and a culture of immediacy have caused people to search for ways to escape. “The focus on the utter sense of removal from the day to day has continued in requests and bookings we’re receiving. People are looking for travel where their BlackBerry won’t work and you won’t be able to get a 360-degree virtual tour of the house you’re staying in before you get there,” he says.

Despite the perception of experiential travel as confined to those with the money and the time, Marchant insists that advocates of this type of holiday are diverse. “You don’t have to go to Papua New Guinea to have an escape, you could be doing that in parts of Africa or South America, where you still get very strong feelings of removal from reality but without the high price. We see people in their early 30s, right through to their early 50s,” says Marchant.

Other brands have been keen to partner with a company that boasts such a passionate audience, and Black Tomato has collaborated with city guide website Daily Candy and Equinox Gyms to support its growth in the US. “We have a big audience on our website and it’s a mid to high-end audience. There are a lot of people who partner brands would like to talk to,” explains Marchant. “We’ve got the innovation and we’ve got the audience, but probably the most important thing is what we do, which is offer a service that is very desirable and all about escape and the derivation of pleasure, which is an attractive thing to be associated with.”