With an overload of information from multi-screen use and diminishing attention spans, how can marketers assess just how engaged consumers are with advertising on different platforms?

To gauge the effectiveness of some of its campaigns on the Xbox platform, Microsoft looked to neuromarketing. It wanted to get a clearer picture of how stimulated the brain was during 30 and 60-second TV ads compared with in-game ads run on the Xbox.

“We knew intuitively from our own behaviour that when we are on a gaming console we are highly engaged, but effectiveness research also showed us an incredible lift in the traditional brand metrics – favouribility, awareness, memorability – on Xbox,” says Ginny Musante, director of marketing at Microsoft’s Xbox Live advertising business.

While viewing TV ads for [automotive brand] Kia Soul, the most brain activity happened in the first half of the ad. However, when watching on Xbox Live [via in-game advertising], brain activity peaked at the repeat image of the car, reinforcing the advertisement’s memorability, claims Microsoft.

This was supported by traditional metrics: respondents spent an average of 298 seconds interacting with Xbox live ads and the ad delivered a 90% unaided brand recall rate, compared with 78% for the traditional TV spot.

Musante says: “It used to be that when you put an ad on TV you could interrupt people’s entertainment and you would get their attention. All you had to do was buy an ad slot in a prime-time programme. Now to get true engagement, advertisers have to do more.

“Invite the consumer into a conversation and don’t interrupt their experience, make the interaction natural, reward customers for their undivided attention and be relevant with content or offers.

“We have a lot of advertisers that sponsor games tournaments or offer gamers tricks and tips to go to the next level – that opens up a brand conversation and gives consumers a chance to truly interact.” 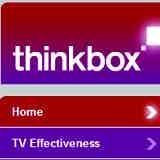 Tess Alps, CEO of television marketing body Thinkbox, has hit back at claims that advertising on TV leads to a “huge amount of waste”, saying the idea is a “complete misnomer”. 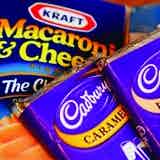 Marketers should not forget consumers’ needs by rushing to embrace the latest digital marketing technology, according to Kraft’s European marketing chief.