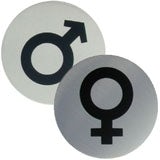 Marketing is women’s work. Clear evidence of this can be found by simply looking at who filled out this year’s Salary Survey – two-thirds of respondents were female.

Just look around your own marketing department and you will likely see that its genetic make-up is more XX than XY.

The predominance of women can be seen in just about every marketing role, until you reach marketing director level. At this point, men edge ahead with 52% reaching director level compared with 48% of females. Direct mail and customer relationship managers have a more masculine profile, but everywhere else, there are two women to every man.

However, the importance of women in marketing does not translate into equality. When it comes to salaries, women are paid less on average than their male counterparts, with only a handful of jobs exhibiting a different pattern.

The usual justification for such a pay gap is that women are more likely to have taken a career break to have children, which may hold back their salary. However, this survey shows that women are being paid less than men at the start of their career, with female graduates earning, on average, £1,400 less than their male counterparts.

This could be down to women being less pushy than men when it comes to demanding more money, believes Amanda Mackenzie, global marketing director at Aviva. She says: “Women are less likely to ask for a higher salary because they assume they will be given it eventually. With men, they are more upfront. They have self-belief and are inherently more confident. So pay differences start at the beginning.”

A telling finding Mackenzie reports is that 67% of American male graduates negotiate on their first salary, whereas only 7% of female graduates do.

While Mackenzie notes: “I have no issue with my own pay and conditions,” she is taking a lead on gender issues at the insurance and investments group. Joining in 2008 as the company’s first female member of the executive committee, she has spearheaded a drive to put the gender debate at the top of Aviva’s human resources agenda and is also chair of its Women’s Network.

“It has always been a challenge to get more senior women, not just in marketing, but at all levels of the company,” she says. Her own view is that as a senior executive, helping shift gender imbalances is part of “giving something back”.