Retailers have been hit harder than most brands by the double-dip recession, as consumers rein in their spending. White Stuff head of marketing Susan Crawford says the situation is as bad now for its target consumers as it was this time last year, according to its own recently completed research.

“We were trying to gauge what our customers’ psyche was, on shopping and spending. Dishearteningly, since we did the same research last year, we are seeing that they are still affected.”

White Stuff’s customers are particularly worried about their jobs and how much they should spend, with 45% of them being public sector workers. The government’s programme of austerity means that their pay is frozen and many may be at risk of unemployment as public spending continues to be cut.

Retailers that rely on bricks-and-mortar stores for the bulk of their sales face particularly tough challenges. Not only are consumers spending less on discretionary purchases, but the entire retail industry is also undergoing structural changes as the growth of online shopping accelerates, taking sales away from the high street. Crawford says it is crucial to keep up footfall in stores, even if the customers aren’t buying as much as they were before the economic downturn.

“We are constantly challenging ourselves to give customers more reasons to shop with us. I can’t always be discounting because that’s not profitable. We are rolling out more engagement activities in our shops to give people reasons to spend more time there – not just buying clothes.”

These include sweet counters, book clubs and swap shops, the latter which White Stuff has been running since last year, ahead of Marks & Spencer’s similar ‘shwopping’ initiative. Customers can return a used item of White Stuff clothing to five locations and trade it for one brought in by someone else, or for a used sample piece. The store simply asks for a small donation to a local charity if the shopper takes something from the swap rail.

“It’s not directly making us money but it is driving footfall, and we hope that while in store they will look at our new range,” says Crawford.

In addition, over the Queen’s Jubilee bank holiday weekend, the retailer held picnic parties and, in three stores, miniature farms for its customers, who are largely people in their mid-30s with young families.

These activities are intended to keep the White Stuff brand prominent in the minds of its loyal customers, says Crawford, so that when their disposable income rises again, they will choose to buy from White Stuff first. 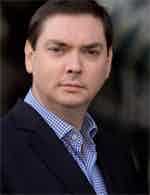 If consumers refuse to share their personal details because of fears over data privacy, then brands must pay for the information. 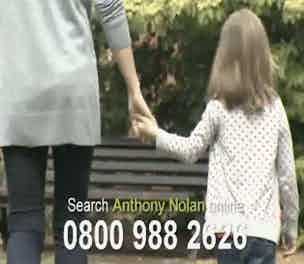 The Anthony Nolan Trust is preparing its first TV fundraising campaign in an effort to increase regular donations to fund its work into matching bone marrow donors with blood cancer patients. 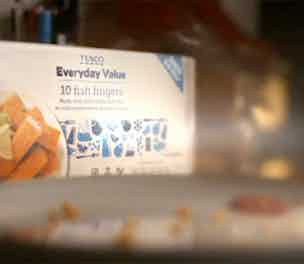 Tesco’s efforts to improve marketing, ranges and stores have failed to lift sales in the first three months of the financial year as it reports its third consecutive quarterly dip.