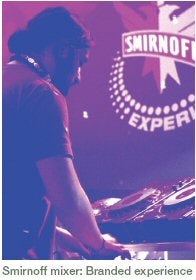 Event sponsorship is a good way of getting your brand noticed, but deals should only be agreed with well chosen partners, and as part of a marketing strategy with defined goals. By Martin Croft.

Event sponsorship should never be undertaken lightly – but all too often, marketers are hooking their brands up to sports tournaments, music festivals and other occasions without proper “due diligence”.

As a result, huge sums of money are in danger of being wasted on an event that has no relevance to the brand’s core audience.

David Peters is Carat’s head of sponsorship. He says there are some simple rules that marketers should follow when considering sponsoring an event.

To begin with, “if a client is risk averse, ideally they should only sponsor established events. If it’s a new event, ensure the event organisers are credible and have a proven track record of delivering on their promises.”

Contracts should be drawn up to clearly define the responsibilities of sponsors and the event owners. Any events should be insured against problems such as bad weather, and public events should also have public liability insurance.

Cash in on Success
More importantly. Peters argues, marketers must plan how they are to cash in on positive associations with an event. He says: “Have a plan for exploiting the success of an event, and to avoid being associated with failed events.”

Stuart Wareman, account director at MEC:Sponsorship, part of Mediaedge:cia, observes: “Part of the negotiation process should involve due diligence on the part of sponsors to ensure that all eventualities are catered for and sponsor interests and reputation are fully protected. In terms of an event living up to sponsor expectations, benchmarks can be set. It is key for sponsorship consultants to manage client expectations and put the onus on rights holders to over-deliver and exceed those expectations.”

Jim O’Toole, chief executive of 141 Sports & Entertainment, says brands must understand what they are committing to and what they expect to get out of it before they sign anything.

“You must set out your brand’s strategic objectives and then your specific business objectives,” he says. “You must have a complete understanding of how the different rights on offer fit your needs. Then you sign up only for those rights that work for you.”

Nico Tuppen is group account director at experiential marketing agency Iris Experience, which has worked on brand campaigns for some of the biggest sponsored projects in the UK, including working with Orange and Sony Ericsson on the launch of the W800i Walkman launch and Ibiza Rocks, a campaign linking Sony Ericsson with Ibiza’s Manumission club.

He says: “The key to successful sponsorship partnerships is getting it right at the planning stage. It has to be something that is relevant to the brand’s strategic positioning, and where the brand has a legitimate reason to be involved.”

He adds: “The best partnerships occur when the strategic objectives of the brand and the property are married seamlessly with the needs of the consumer.”

Alternative Glastonbury
For example, Iris Experience worked with Budweiser at the Glastonbury festival for three years. “Rather than just plaster branding everywhere, Budweiser gave festival-goers an alternative live arena with an easy access bar, high production values and a mix of talent. This activity was supported with a large scale environmental and recycling campaign.”

“It’s not good enough to put a logo up and hope people notice it. Consumers expect to be engaged and entertained.”

Through-the-line agency Billington Cartmell has worked extensively with Carlsberg, the official beer of the England football team, during the World Cup.

The official World Cup sponsor was Anheuser Busch’s Budweiser, so Carlsberg decided to focus on what the event meant for England’s football fans in the home market. The campaign took Carlsberg’s famous advertising proposition, “Probably the best lager in the world”, and translated it into a message based on belief in the England team with the slogan “2006…Probably”.

Darran Britton, Carlsberg’s marketing director, says: “We had high expectations for the World Cup and the sales have surpassed these. That is testament to our integrated marketing campaigns”.

Integrated agency Space ran research during the World Cup into attitudes to sponsorship. The results make for uncomfortable reading. David Atkinson, Space managing partner, says: “More than half said they didn’t think brands that were involved in football really cared about the game. Only 10% said they did think brands cared.”

As Nick Adams, managing director of experiential agency Sense, says: “Consumers are getting more cynical about big brands sponsoring events. If you are going to be at an event, then you must be relevant and you must contribute.”

In the Right Spirit
In 2003 Sense worked with Gordon’s Gin on the brand’s sponsorship of the Edinburgh Festival. “We created a dance troupe that performed a range of different acts around the city,” says Adams. “Consumers didn’t necessarily know that they were promoting Gordon’s. But those people who did realise accepted it, because it was in keeping with the spirit of the Festival.”

This year’s Volvo Ocean Race provides a stark example of a sponsor’s brand being directly relevant to the subject and so to its fans. Technology company Inmarsat was a sponsor and provided internet communications time and tracking equipment – and both played a part in a dramatic sea rescue, when the crew of the yacht Movistar had to abandon ship and were rescued by rival yacht ABN Amro Two, which then carried them to safety.

Obviously, few brands are likely to be quite so dramatically involved in an event – but marketers need to understand that signing up to sponsor something demands more of them than just a cheque.

There is a fine balance to be struck when choosing a conference location: for incentive impact, a ‘wow’ venue is often best, but for everything else it is hard to beat local attractions. By Ed Drayton. One of the first decisions when planning a business conference is where you’re going to hold it. Do you […]

US toy company Mattel is gearing up for a “top secret” launch of a new Elmo interactive toy under the Fisher- Price brand.

Of course, it could be the simple, unvarnished truth. But Mitchell & Butlers’ insistence that its subsidiary All Bar One is delisting Magners cider in favour of a small, Suffolk-based brand called Aspall because Magners isn’t upmarket enough rings hollow all the same.