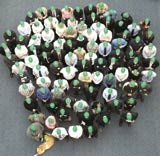 It has long been rumoured that the marketing industry has been heavily infiltrated by aliens, and this photo would appear to provide the proof. But rather than depicting a gang of little green men preparing to take over the world, this is a picture of competitors in the Microsoft UK Challenge, held to raise money for the NSPCC.

Included in the group are employees of interactive agency AKQA, who will be taking on some tough physical and mental challenges, including abseiling, kayaking and code-breaking, in the Welsh mountains in early June.

According to team captain Jason Warnes, the event “will give us the chance to share experiences we wouldn’t get from our everyday working environment”. Apparently, flying saucers are not yet equipped with climbing walls and rapids.