It is the first time the company will ask members of the public to vote on the celebrity they would most like to see starring alongside the nineties rapper in a new campaign.

In the US, former Tonight Show host Ed McMahon was chosen to appear with MC Hammer in a Super Bowl ad.

In the creative, the financially troubled celebrities are seen trading in their gold baubles to raise a few dollars.

In the UK, Cash4Gold launched a series of TV ads in July featuring testimonials from members of the public who had traded their gold for cash. However, the ads were panned by some industry observers.

Consumers will be encouraged to visit a website to place their votes until 15 November. One winner will be chosen to have afternoon tea with MC Hammer and the UK celebrity selected.

A separate ad campaign will also launch in a month, introducing viewers to a “more sophisticated and stylish advert”, according to the company. A computer-generated animation ad will explain to viewers how the Cash4Gold process works. 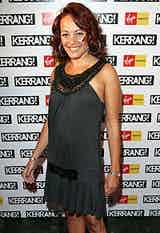