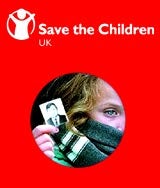 Save the Children is poised to appoint Catalyst to handle its £2m advertising account following a three-way pitch.

The agency is understood to have beaten off competition from Mother and Burkitt DDB in the final stages to win the account, although as many as ten agencies were considered in the early stages of the review.

In the past the charity used M&C Saatchi but more recently it has handled most of its advertising in house.

M&C Saatchi created the charity’s “Save the Children from Violence” campaign in 1999 in an effort to end the recruitment of child soldiers. The ad repositioned the charity as a campaigning organisation.

Earlier this month, M&C Saatchi created an anti-war poster campaign featuring an Arab child and an English one with the strapline “save the children” written in both languages.

The charity is still searching for a marketing director after the departure of John Kingston in March (MW March 5). Kingston left the charity to head individual donor services at the Charities Aid Foundation – a non-profit government organisation that aims to increase the effectiveness of donors’ contributions.