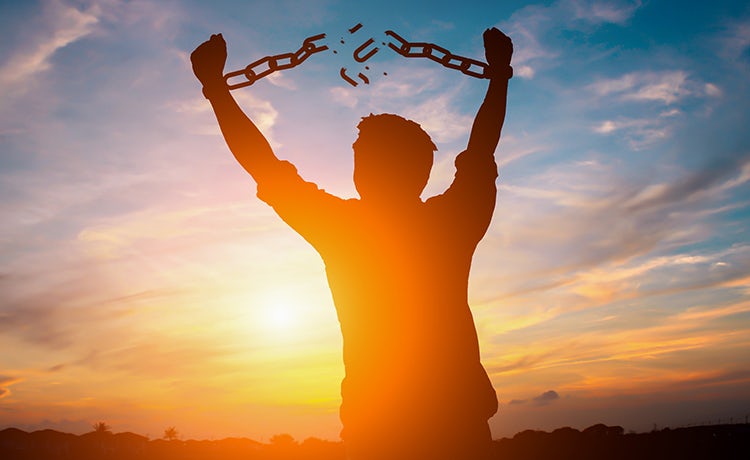 For established brands, the pursuit of constant growth is a gruelling task and there are only so many levers you can pull – whether it be price, product, promotion or distribution – to keep boosting sales year after year.

There comes a time when any brand owner must decide whether the existing product portfolio still has sufficient potential.

When the answer is no, marketers either have to identify new uses for their products or escape the bounds of their category and explore new territory.

For instance, confectionery names such as Mars, Maltesers and Snickers long ago saw the opportunity to break out of the sweets category and create ice creams, milkshakes and even protein products.

Some more unusual examples include Savse, which started life as a premium smoothie and is now a baby food, while Reckitt Benckiser’s Dettol is a disinfectant in the UK but being sold as a beauty brand in the Far East.

Our strategy is about getting our indulgent product out of the cupboard and into more glasses in many more occasions.

The Institute of Grocery Distribution’s (IGD) strategic senior retail analyst Laura Jacobson suggests there is now increasing opportunity for brands to slip their chains, thanks to changing consumer behaviour.

“While product familiarity is one of the top drivers of choice, shoppers are also experimenting more,” she says. “Some 73% of grocery shoppers welcome new food and grocery products versus 58% in 2010. Category escapism can mix familiarity with innovation, inspiring shoppers with new ways to consume brands they already enjoy.”

One automotive brand to escape its traditional market is Jaguar, which has launched its luxury performance car brand into the SUV arena.

This was a brave and ambitious move for a brand known for its high-end design and engineering, and being so quintessentially British.

Jaguar Land Rover’s customer experience director Fiona Pargeter says brands should always try to reinvent themselves but they must retain their core DNA. For Jaguar this meant ensuring that the move into the SUV category with its Pace family of vehicles reflected the 80-plus years of history and its design and technology heritage.

She says the challenge for the brand’s designers was to ensure the F-Pace, E-Pace and I-Pace models were elegant and beautiful. “Jaguar is usually a long, sleek vehicle so the difficulty for the design team was how to retain the Jaguar DNA in a vehicle that was tall.”

We are positioning Heineken 0.0 as a healthy alternative to soft drinks.

They appear to have succeeded, with the F-Pace winning the 2017 World Car of the Year and 2017 World Car Design of the Year awards. Sales of the F-Pace between April 2016 and April 2017 were 68,000 units, representing 39% of Jaguar’s total sales. The percentage of ‘conquest sales’ (customers completely new to Jaguar or Land Rover brands) was 75% in the UK and 87% in the US.

“There would have been risks to the Jaguar brand if we had moved into this category and just followed other manufacturers and copied the traditional SUV shape,” says Pargeter.

But how have traditional Jaguar fans responded? “Some purists were disappointed we were entering this market, but some of those households probably have an SUV on their driveway alongside their beautiful Jaguar saloon car.”

READ MORE: How to enhance cult status through collaboration

Another brand fleeing its traditional category and trying to change product perceptions and grow its audience is Snaffling Pig. The humble pork scratching has become a fugitive from the cheap and cheerful on-trade pub snack category and can now be found within the indulgent snack market with an accompanying product range of drinks and sauces. It is being sold in Selfridges, John Lewis and as gift jars via etailer Not On The High Street. 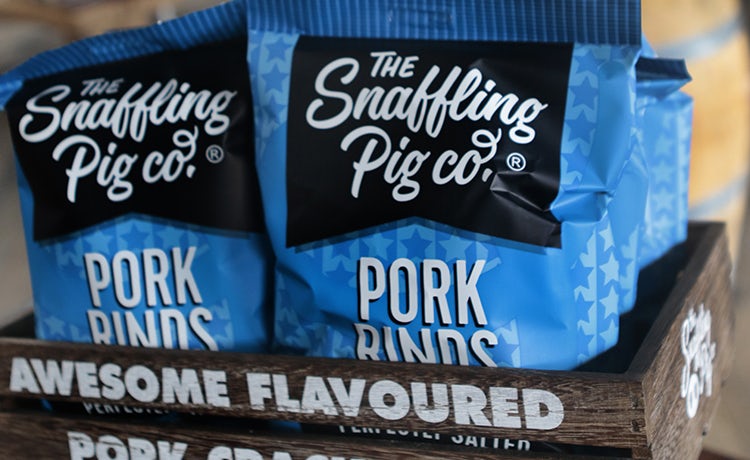 “I remember as a kid sitting in the pub watching my dad play darts and I was eating pork scratchings,” says Coleman. “The aim with Snaffling Pig is to make pork scratchings a decadent snack when people are hosting parties. We have also extended the brand with an apple sauce, beers and ciders.”

So is this about gentrifying the humble pork scratching by gate-crashing the posh party food and gift categories? “Not at all,” says Coleman. “We are not posh just premium. We want to target everyone who has their own teeth.”

The drinks industry, meanwhile, is seeing a considerable number of brands escaping their customary categories.

They include Heineken, which in July launched the biggest marketing campaign ever seen for an alcohol-free beer. The ‘Now You Can’ activity for Heineken 0.0 includes £6m worth of investment in television, cinema, digital and social. Heineken is effectively competing with both soft drinks and other beers.

UK brand director Nic Casby says consumers want choice, and drinks brands can escape into new categories by being innovative – as long as they do not compromise on taste.

“Heineken 0.0 can be enjoyed whether you’re at lunch with your colleagues in the office or socialising post a gym workout,” he says. “We are positioning Heineken 0.0 as a healthy alternative to soft drinks because it is made from all natural ingredients, is low in sugar and is only 69 calories per bottle.”

Casby’s mission is to make alcohol-free beer cool and he is confident that the non-alcohol version of the brand will not impact on sales of Heineken’s original recipe.

“If anything it has started to drive incremental category sales by attracting brand new consumers into the beer segment,” he says. “We hope our loyal fans are pleased we are taking a responsible approach to experiencing the taste of Heineken by offering a non-alcoholic alternative for those times when you do not feel like alcohol but do want the taste of beer.”

As brand managers we are trained to think in terms of categories because that has been the way the industry works and measures, but it is not how consumers think.

Elsewhere, Campari UK is taking a novel approach to marketing its gin brand Bulldog. It is breaking away from the usual marketing tactics associated with a gin and promoting the drink like a vodka brand because that market is so much larger.

According to drinks researcher IWSR, the global vodka market was worth $46.7bn in 2017 and the gin trade $8.2bn.

Marketing director of Campari UK Nick Williamson says this different approach makes sense because most of its brands, including the aperitif Campari itself, do not fit into traditional drinks categories. Aperitifs is an established category in Italy, for example, but not in the UK.

“With Bulldog we do not have to market the brand in a way that consumers would perhaps expect a gin brand to be marketed,” he says.

Gin is traditionally positioned as an early evening drink alongside premium beers and wine, but the think-like-a-vodka-brand strategy has meant persuading people that Bulldog should be consumed at the end of the evening when people are finishing off their night’s drinking.

“Gin is not usually right for this occasion so we designed a bold black bottle that was cool and played on the ingredients to show how they match that later in the evening occasion.” 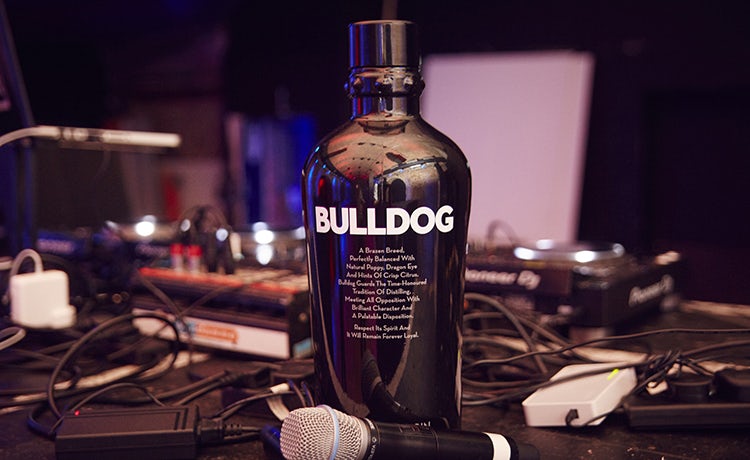 Bulldog Gin is made with Chinese lotus leaves, Turkish white poppy and Chinese dragon eye and is produced in a 250-year-old distillery.

Williamson says research has shown that prompted awareness for Bulldog has doubled in two years and the number of Instagram followers has risen by 48% in six months.

“As brand managers we are trained to think in terms of categories because that has been the way the industry works and measures, but it is not how consumers think.”

Then there is Diageo’s Baileys, which has tried for years to escape the perception that it is a drink only for Christmas.

Europe brand director Laura Pearce says the break-out idea was to move into the premium adult treat market by focusing on how Baileys is ‘part cake’ and part alcohol. The company’s escapism plan was hatched with the help of consultancy The Behavioural Architects.

“Our strategy is about getting our indulgent product out of the cupboard and into more glasses in many more occasions,” says Pearce. “We are providing a variety of serve suggestions that showcase the versatility of the Baileys brand. Think about Baileys indulgent Hot Chocolate and the Baileys Treat Stop in Covent Garden [last December] where people [could] transform lattes, hot chocolates and cocktails.”

There are also suggestions of how to enjoy Baileys with ice cream and cakes, whatever the time of year. Pearce says the brand is enjoying its third year of growth with organic net sales up 6%.

Being confined to one category or season can stifle innovation and limit growth, so expect more brands to escape from the shackles of traditional thinking, taking advantage of consumers’ willingness to experiment. 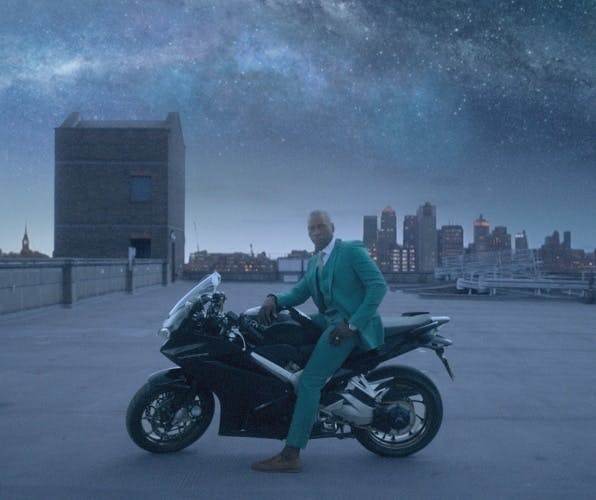 The mobile operator is rethinking its marketing strategy as it looks to return to its roots and help customer feel excited, rather than worried, about new technology.