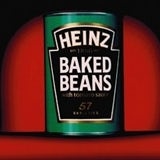 Brand owners, it seems, will do anything to revive interest in a flagging category. Gillette’s five-bladed Fusion razor will be in the UK this autumn, promising a better shave than rival Wilkinson Sword’s recently launched four-bladed Titanium, while it emerged last week that BT was developing a line of handsets that resemble jelly baby sweets (MW last week).

Now Heinz is planning to launch “ready-made” baked beans on toast – a move that has led some to accuse the company of “innovation for innovation’s sake”.

Observers say that the news highlights the difficulties brand owners face in keeping consumers interested in mature, competitive categories, particularly at the point of purchase. Steve Cheliotis, European marketing director at research house Superbrands, accepts that market leaders like Heinz need to stay ahead of the supermarkets’ own-label alternatives, but questions the wisdom of its latest offering.

He says: “If you can’t be bothered to heat up baked beans then you’ve got some serious issues.” Cheliotis adds that in mature categories innovation can become company-focused, as opposed to consumer-focused, and gives the example of Nestlé’s ill-fated attempts to breathe new life into its KitKat brand with “Chunky” and “Kube” variants. “It was clearly struggling, but just chopping up KitKats into different sizes at the factory wasn’t the answer,” he says.

It is a point on which others agree. Paul Walton, chairman of branding consultancy The Value Engineers, also emphasises that innovation must be consumer-led. Unless research has identified a genuine unmet need, he says, the whole exercise is a waste of time. However, Walton distinguishes between incremental innovation offering a “better” product, and radical innovation offering a “different” one.

While radical innovations can create genuinely new categories – as Yakult did with yoghurt “shot” drinks – incremental innovations are more common. Walton views the Heinz and Gillette launches as incremental innovations, and argues that both companies have been hugely successful with new products in the past. “Heinz must be confident there is demand for this, so it just depends on how good the product is and whether it delivers,” he says. Walton adds that timing is also crucial. Unilever, he believes, launched a skincare range under its Lynx brand before the market was ready for it, but L’Oréal and Beiersdorf have since capitalised on its innovation with Men Expert and Nivea for Men respectively.

Michael Curry, director of fast moving consumer goods strategy at Interbrand, also says that research is essential, particularly as brand owners need to be able to convince retailers to stock untried products. However, he says that certain sectors, – such as carbonated drinks and confectionery – have recently suffered from innovation for innovation’s sake. Pointing to Coca-Cola’s confusing array of its latest variants, he says: “The company seems to have lost focus on the brand. Consumers get to the shelf and don’t understand what’s on offer.”

Curry also says: “Give enough media weight to a product launch and you’re going to get a sales uplift, but the question is, how do you sustain that? How do you get people to buy it a second, third or fourth time? Because that’s when you get to reinforce the brand experience.”

While millions will no doubt be curious enough to try a baked bean sandwich, whether they go back for seconds remains to be seen.