During last year’s ‘bra wars’ it was the major retailers who made the headlines after falling victim to import quotas, but small firms and the promotions industry were also hit hard. By Richard West

It takes a lot for most people to get hot under the collar about import/export quotas. That’s why rows about trade agreements rarely dominate newspaper front pages, especially when there are sexier things like corporate mergers, takeovers and digital communications vying for the business headlines.

But one of the biggest business stories of last year was the so-called “Bra Wars”, a subject that dominated the news during August and September in 2005 and led to some lamentable puns in the tabloid headlines, including “Storm in D-cup”, among others.

It made a good story – and not only for the caption writers. Here was a powerful “baddy” – the “crazed” Chinese textile monster, trampling markets underfoot, tearing down prices and terrorising the helpless European manufacturers that stood in the way.

Needless to say, the background to the story was rather more complex than portrayed by certain sections of the media. In essence, the ending of quotas on European garment imports produced a huge surge in clothing imports from China, which forced the European Commission (EC) to re-impose quotas, effectively trapping millions of garments in European ports. An embarrassed EC then had to negotiate another deal with China to let the clothes in.

The emergency deal, hastily put together by European trade commissioner Peter Mandelson, was a stopgap measure designed to diffuse the crisis. However, the whole saga brought to the surface an ongoing and frequently ill-tempered row between “the protectionists” who would like to see a more level playing field between China (particularly) and the rest of the world in one corner, and the free-market, anti-interventionists in the other.

The ensuing chaos also highlighted some enduring concerns about free trade and globalisation. But while the politicians and bureaucrats continue to thrash out some sort of agreement, many businesses have suffered in the crossfire.

At the height of the “wars”, a few of the larger retailers expressed concerns about the possibility of selling out of certain cheaper items of clothing. In hindsight, their vexations seem small beer compared with the plight of some of the harder-hit, smaller businesses, such as fashion retailers and promotions companies. Many faced serious difficulties, and continue to experience uncertainty when it comes to sourcing goods such as textile products and shoes.

Companies such as the Plymouth-based company Snowbee, which had commissioned the Chinese to manufacture its own brand of clothing and equipment for fly-fishing, discovered to their cost that the thousands of fleeces, waterproof jackets and other products carrying their brand name, fell within the restrictions of the import ban – meaning that for several weeks, managing director Russell Weston was left worrying whether he’d still have a business at the end of the dispute. 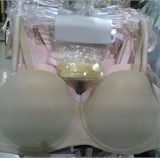 Weston explains: “Unfortunately, ‘fleeced garments’ came under the heading of ‘underwear’ so the confirmed order was held in the factory until a new quota was agreed between the European Union (EU) and China. We took delivery after the import ban was lifted – which for us was about six months late. As a result, we lost a lot of potential business. I certainly believe we should be compensated, but I’m not hopeful. The whole business was totally mishandled and ill-conceived,” he says.

Many companies involved in the promotional products sector switched production of textiles to other countries that did not have a quotas embargo. Countries such as India, Pakistan, Thailand, Sri Lanka and some North African countries quickly turned China’s difficulty to their advantage. Newspaper The Times of India, for example, gleefully reported that “â¦retailers across the continent were admitting that they were frantically searching for alternative low-cost, high-quality, large-scale Asian manufacturers of men’s trousers, women’s smalls, sweaters and T-shirts now that the EU is furiously fighting the so-called ‘bra wars’ with China”.

But, as Gill Thorpe, managing director of promotional items company The Sourcing Team, points out, it is impossible for importers to operate in such a reactive way – especially when it comes to the promotions business, where timing is so important and relationships are built with suppliers over a period of time.

She says: “At the time, we thought there might be someâ¢problems so we sourced from other countries. However, the biggest problem was getting hold of information that explained what was going on and what we, as importers, should do. It would be unfair to say that people who make decisions about quotas don’t know what they’re doing, but they give the impression of never having run a business. We were very reliant on the British Promotional Merchandise Association (BPMA) to keep us up-to-date with developments – but it was all very reactive.”

The bizarre thing is, nobody can say all concerned weren’t warned that something like this was likely to happen. It’s been on the cards for the past ten years. The fact that it did happen highlights the widening gaps between the EU member states on these issues.

“The dispute between China and the EU came about because the EU, under pressure from certain members with a tradition of protectionism and others with large textile industries, replaced the multi-fibre agreement with specific textile import quotas on China,” explains Guy Facey, partner in the corporate and international department at KSB Law LLP.

“At the time of the ‘bra wars'”, he continues, “if you had read the French and Italian business press, you would have thought that when the import quotas on textiles and shoes were lifted the Chinese manufacturers in that sector had one main goal: to destroy industries and jobs in Europe.

“The follow-up negotiations that took place in Beijing – which coincided with Tony Blair’s visit to China as president of the EU – were interesting because the UK’s perspective on the behaviour of the European lobby, who were clamouring for quotas, was that they were wholly unjustified, mainly due to the fact that everybody had known for ten years that the quotas were due to end,” says Facey.

He continues: “With the anti-interventionists such as Britain and Denmark in direct conflict with the more protectionist countries, such as France, Spain and Italy, the result was a classic political solution: a compromise.

“Unfortunately it produces losers as well as winners, particularly among those who champion free trade such as the British supermarkets – and the promotional industry which is related to it.”

The story is far from over, but certainly for the promotions industry the China effect equates to lower prices, lower costs and happier end customers, and they are all for it. If it is damaging western textile manufacturers, the economic textbooks say there’s nothing really to worry about. Countries specialise in what they are good at, so there should be a ready (and growing) market in China for high-tech western goods and services – such as marketing, advertising and PR consultancies. Gordon Brown is urging a focus on knowledge-based industries, from bio-technology to accountancy, to meet China’s challenge.

It is a point picked up by Margot Parker, European spokeswoman for the BPMA, who follows the quotas issue very closely on behalf of the organisation’s members. She says: “China has engulfed the US and Europe with cheap garments since quotas that limited how much developing countries could export expired at the end of 2004. China, with its huge factories and cheap labour has been the big winner in the ensuing free-for-all. If you accept the argument that China is going to clothe the world, there has to be some sort of reciprocal agreement, so that the EU states, for example, benefit through selling higher value products and services, such as intellectual property rights.”

Playing by the rules

But one of the issues that concern the BPMA is the fact that China benefits from a very uneven playing field – thanks to an artificially low currency, lax labour laws and state supported banks. Furthermore, the political situation in China is far from satisfactory and, while economic liberalisation is welcome, that does not make other policies of the Chinese government any more acceptable.

Parker adds: “The BPMA is lobbying hard for transparency and a more level playing field. There is concern that products are coming into the market at below cost. Certainly an EU investigation into the manufacture and export of shoes found strong evidence of serious state intervention in China and Vietnam, which breaks international trade laws.

“The last thing anyone wants is a repeat of what happened last year – but the writing is on the wall. The lessons of the so-called ‘bra wars’ surely must have been learned and Europe and China really must work together to sort out these differences.”