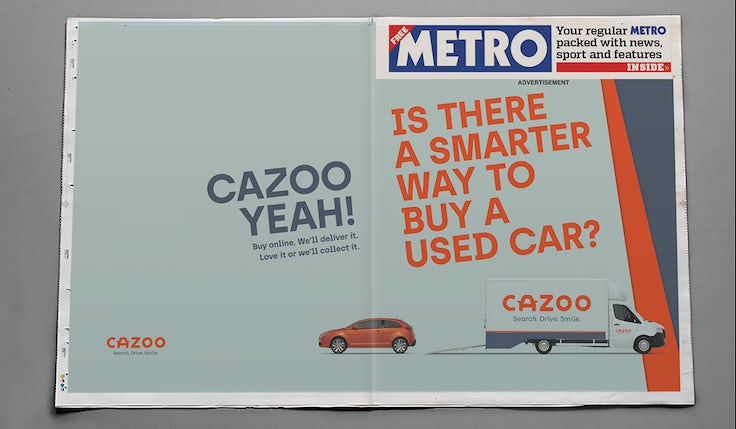 Cazoo plans to “reverse” its brand and performance marketing balance by 2023, increasing performance to two-thirds of spend while brand investment drops back, founder and CEO Alex Chesterman has said.

In 2021 it was brand activity that accounted for two-thirds of spend, he told investors today (2 August) as the company reported results for the first half of 2022. The balance shift is expected to progress over the second half of this year.

Cazoo first revealed plans to lower its brand marketing spend to focus on performance channels in June. At the same time the online car retailer announced it was embarking on a “business realignment” programme to “de-risk the path to profitability”.

The goal is to “right-size” the business and deliver more than £200m in savings by the end of next year.

Over the first half of 2022 marketing spend increased to £45m, up from £29m over the same period in 2021. According to outgoing CFO Stephen Morana, spend was still weighted towards brand over the period.

However, the business is promising to “lower” selling, general and administrative costs per unit moving forward, while “minimising” the impact on growth and customer experience.

Cazoo switches from brand to performance in bid to ‘realign’ business“As we focus more on capital preservation, cash management, [and] moving towards profitability, performance will be a significantly larger part of our outgoing spend,” Morana said.

Nevertheless, Chesterman said the “strength” of Cazoo’s brand and customer experience remains a “key differentiator” for the business, claiming national brand awareness of 80% across the UK.

Branding the opportunity in the UK “massive”, with a used car market of around 8 million transactions annually, Chesterman said digital penetration remains “extremely low” and the market remains “hugely fragmented”.

This gives Cazoo the opportunity to build the “leading brand” in the sector, he said. The business expects to rapidly increase market share towards 5% “and beyond”.

However, “whilst our growth remains very strong, we are laser-focused on preserving cash and materially reducing any need for any further funding while we drive towards profitability”, he said.

As we focus on capital preservation, cash management, [and] moving towards profitability, performance will be a significantly larger part of our outgoing spend.

As part of the business realignment programme announced in June, Cazoo also intends to cut around 15% of its employees – equivalent to 750 jobs across the company – and slow the pace of new hiring. The plan also includes “modifying” the consumer proposition to drive costs down and improve operating efficiencies, as well as limiting the company’s capital expenditure and delaying several planned investment projects.

The business also axed its subscription service for new customers, given the “highly cash consumptive nature of this business model”.

Now, Cazoo is conducting a “strategic review” of its business in mainland Europe, with the aim of further reducing cash burn.

At the beginning of 2020, Cazoo kicked off a multimillion-pound marketing investment spanning TV, radio, outdoor and online.

Since then, the startup has added a series of high-profile sponsorships, including becoming shirt sponsor of Premier League football teams Aston Villa and Everton. The sponsorship strategy expanded to include deals with cricket competition The Hundred, a tie-up with Professional Darts Corporation (PDC) tournaments and a partnership with French football club Marseille that it signed in March.

The online car retailer was chasing international expansion, with a view to disrupting the $700bn (£506bn) European used car market. To achieve that aim, the focus thus far has been on investing in the brand for the long term and performance marketing to drive short-term sales.

Growth Hacks: Cazoo on the importance of nailing the marketing mix

Bentley claimed Cazoo was reaping the rewards of a brand building strategy spanning TV, press, radio, out-of-home and sponsorship. He noted the business had achieved 70% prompted brand awareness despite being on TV for less than two years. At the time, he explained a combination of organic and brand-driven channels – including PR, word of mouth referrals, SEO and search traffic – accounted for more than 50% of customer acquisition.

“We’re less than two years into trading and I’ve got a marketing and customer acquisition mix that looks like a business that’s been trading for 50 years. We’ve been able to do that because we’ve set out to do that from the start,” said Bentley.

The mistake many startups make, he argued, is becoming “overly dependent on performance marketing and digital-driven customer acquisition early on”, because such channels are cheap and easy to measure. Bentley claimed startups that don’t get onto brand building “quick enough” tend to “cap out in growth”, because performance marketing can only take you so far.

Furthermore, the Cazoo marketing boss argued that if a business model does not accommodate the cost of building a brand it is flawed and will end up slowing growth. At the time he urged brands to build their marketing mix around the budget and size of audience, opting for a blend of short and long-term activity.

As one of the CX50’s 10 Disruptors, Cazoo’s CCO explains why the online car retailer puts customer satisfaction above all else, and why customer-focused brands can’t get distracted by generating short-term sales. 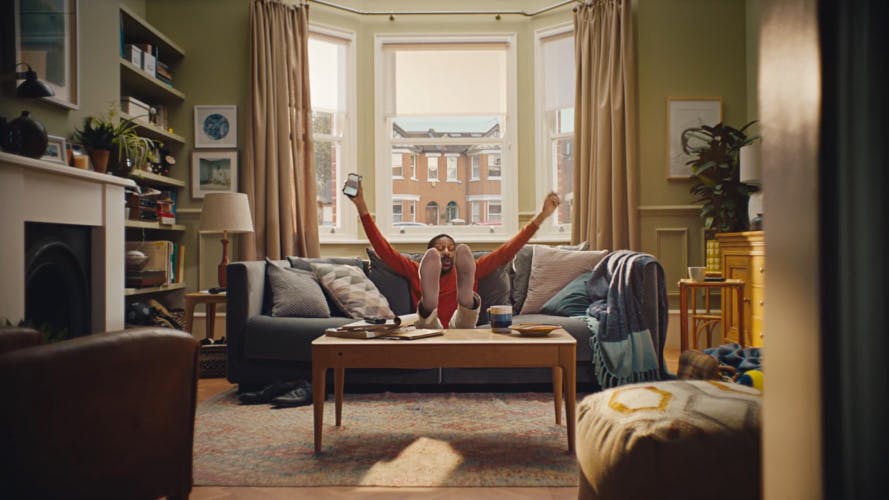 In just over a year Cazoo has gone from being an unknown startup with a name associated with a musical instrument to an established player in the used car market.