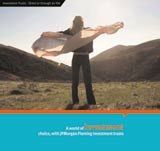 The brief is a major extension of the agency’s relationship with JP Morgan Fleming, having worked with the company for the past five years in the UK.

CCHM:Ping will develop a new brand identity and marketing campaign for the brand, which is likely to include above-the-line advertising. The agency will second staff to the US who will work with New York marketing agency Wechler Ross &amp; Partners on the project.

The appointment follows the recent merger of JP Morgan Fleming and the One Group in the largest-ever fund management merger to create a company with assets worth $1.1tr (&£580bn) in more than 50 countries.

JP Morgan Fleming was created out of two mergers. Chase Manhattan bought Robert Fleming Holdings in 2000, and then merged with JP Morgan the following year. The new brand identity is expected to be revealed by March.