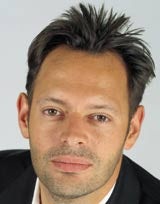 Celador, the TV production company behind Who Wants to Be a Millionaire?, is looking for a global title sponsor for a new TV event called The World’s Greatest Singer.

Celador is in talks with broadcasters in 24 countries to screen the event. Companies involved in negotiations are thought to include terrestrial broadcasters in the UK. It is unlikely that ITV1 will be interested, however, because it is committed to 19TV’s World Idol, in which the winners of the first series of Pop Idol from 11 countries will compete.

Following national auditions in competing countries, 24 finalists will perform in the UK in October 2004. The competition is open to unsigned singers aged 18 and above. They must perform a song which has been a commercial success in their country.

The event will be shown as a two-hour prime-time broadcast across the world’s time zones and the audience will be able to vote for their favourite performer through various media. A one-hour results show will be broadcast later.

As well as the global title sponsorship, opportunities open to brands include national and international off-air brand partnership activities.

The event will be handled by Celador Music and Events, which has been set up by Celador International in partnership with Griffin Media.

Grey London has created a television campaign for 3M’s Scotch Tape Strips. This is the first time that 3M has promoted the strips on TV. Media is handled by MediaCom.

The euphoria surrounding England’s Rugby World Cup win means that the sport looks set to experience a renaissance. But can rugby emulate the success of the beautiful game?

Jamie Oliver’s parents are to star in an ad for Sainsbury’s online shopping service, Sainsbury’s To You. It is the first time the service has been advertised on national television. The ad breaks today (Wednesday) and shows Jamie’s mother answering the door to a surprise delivery in time for Christmas from Sainsbury’s To You. She […]