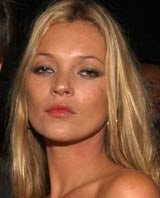 After being pictured allegedly taking cocaine on the front page of a national tabloid newspaper, Kate Moss has seemingly emerged from rehab with added attraction for advertisers. But the Metropolitan Police has now asked the model to help with its enquiries, raising the question of how much negative publicity advertisers associated with her – and other scandal-hit celebrities – will stand before calling it quits.

Many expected that Moss’s association with cocaine would see her lucrative ad deals axed. Though retained by cosmetics brand Rimmel, contracts were torn up by rival fashion brands such as Burberry, H&amp;M and Chanel.

But after acknowledging and tackling her drugs problem, Moss is now a perfect icon for challenger brands looking to capture young, cool consumers’ imagination, according to industry experts. She was endowed with a cachet of edginess by the allegations. It appears advertisers could have a threshold for scandal higher even than that of the popular press if they think a controversial famous face can benefit their image.

Virgin Mobile appointed Moss in the autumn after the newspaper article appeared. The brand’s current television execution features Moss’s first speaking part in an ad. Brand director James Kydd insists Moss became a positive role model when she admitted to and dealt with her problem, but denied looking for “an edgy celebrity”.

Gavan Stewart, founder of Touchdown Brand Affinity Marketing, believes brands are cold and analytical when choosing celebrities to endorse their products. He says: “Virgin Mobile benefits from Kate Moss’s scandal in this case. Her problem makes her more human, and my guess is that when she was dropped by fashion labels, some clever employee decided she would work superbly for the brand.”

Stewart believes that Moss’s tribulations are gold dust for brands seeking a more rebellious image. “Levi’s, for instance, could use what Moss has to revitalise the cool image it had prior to becoming the jeans brand for middle-aged men shopping in Tesco,” he says.

James Murphy, chief executive of Rainey Kelly Campbell Roalfe/Y&amp;R, which created the Virgin Mobile ad, believes today’s consumers are more likely to forgive celebrity indiscretions than in the past: “People are more understanding and supportive of icons who fall from grace,” he says. “Most people have lighter and darker areas of their lives. Essentially, the public still sees Kate Moss as a strong, single-minded girl from south London with a successful career.”

Moss’s drug battle reveals a human flaw, making her relevant to young people. Yet not all transgressions can be forgiven. Pepsi has used instantly recognisable “brand champions” like David Beckham. But prince of pop Michael Jackson, who listed a lucrative deal with Pepsi among his endorsements, has been without any advertising tie-ups since facing child abuse charges last year, even though he was subsequently acquitted.

Though the risks of endorsements by entertainment, sport and fashion stars may have decreased because of the increasingly permissive attitude of consumers, there are still boundaries to bad behaviour. Stewart says: “Clients considering Kate Moss in the future will be careful to insert get-out clauses into her contract. Brands may feel her image could enhance their reputation, but she’s had her second chance. If she was caught out again they would walk away.”