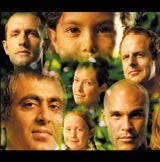 Holiday resort company Center Parcs has started a review of its &£2.5m advertising business, held by Burkitt DDB, in the run-up to the key summer booking period.

The move follows the recent appointment of its new sales and marketing director Colin Whaley, who joined from Ebookers. Whaley replaced Jennie Ayres, who left to start her own retail business (MW November 18, 2004).

The Haystack Group is handling the review. It is not clear whether Burkitt DDB is repitching for the business. It is thought that the holiday break company is talking to direct marketing, digital marketing and a handful of regional agencies with a view to developing a new television campaign. The campaign will be direct-marketing-led.

Burkitt DDB was appointed to the business by Ayres three years ago, replacing Bates UK. Burkitt DDB created the tagline: “Short Breaks at Center Parcs – Everyone is Different”.

Media planning and buying is through MediaCom and is not thought to be affected by the advertising pitch.

The holiday break company is also rolling out a network of standalone spas aimed at the mass market.