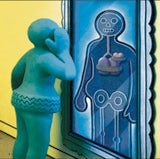 The move – which will be seen by some as a major rethink by a Government which came into office condemning “costly” advertising campaigns run by its predecessor – is part of a major new three year ’social marketing strategy.’

The strategy, which was published without fanfare by the Department of Health at the end of last month the day before the Royal Wedding, allocates a budget of £14m to back the healthy lifestyles effort Change4Life, started under the Labour Government.

It says TV advertising will ’recommence’ after research showed engagement with Change4life activities among target audiences dropped by 80% as people thought it had finished since the ads disappeared.

The strategy also sets out a major expansion of the Change4Life remit from a focus on obesity among families, to encompass healthy lifestyle messages targeting adults.

This will mean efforts to encourage healthier choices to improve heart health and alcohol consumption, for example, will be brought under the Change4life umbrella.

The strategy states that, as a result, it will no longer fund or launch any single issue health campaigns.

Other key developments set out in the document include:

– Expectation the private sector will increase financial support of the initiative from £12m last year to £15m in 2011-12. This is described as a “radical step-change” and will be rewarded by relaxed ’retail guidance” to allow partners to promote a greater number of product categories”.

– Civil servants will seek to reduce costs of marketing by negotiating deals such as advertising space with media owners in return for ’sharing customer information’.

– Expansion of Change4Life’s ’partnership strategy to include industry-funded alcohol information service Drinkaware and other NGOs, and the drinks industry ’if they are willing’.

– Expansion of the Start4Life brand to cover maternal health messaging.

– An intention to allocate more resource to digital marketing and other ’aspects of the marketing mix’. TV advertising will form a lesser proportion of spend as a result.

– Procurement of activities previously carried out inhouse from external providers including channel planning, creative work delivery, research and evaluation, as part of a raft of changes anticipated following the COI review.