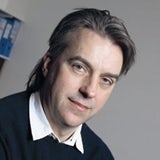 There’s something clearly awry with the times here. With GDP leaping ahead by 4.8% in the first three months of the year- well above trend – no one can seriously claim we are in the throes of a recession (outside the ad industry, that is). Nor does one seem imminent. Zenith Optimedia and Advertising Association forecasts are admittedly cautious, but positive in asserting there will be above-inflation growth next year. Yet companies continue to take up a classic defensive position and cut their spends.

The connective tissue in this doublethink situation – prospective growth, but recessionary behaviour – is to be found in the small print of the Q2 Bellwether Report. Yes, budgets are continuing to be trimmed, but at a lesser rate than the last two quarters. What the IPA data (which has a very good forecasting track record) really suggests is that we are approaching slack-tide, the moment when confidence begins to return with an upswing in general economic activity.

But before the agency world pops some vintage Dom Perignon at the prospect of a long-overdue cyclical upswing, it should carefully consider the evidence of structural change contained within the Bellwether Report.

While direct marketing just about holds its own, most traditional forms of marketing communication are in steady retreat. Above-the-line suffered its seventh successive quarterly decline and sales promotion its sixth; the decline in each case being much steeper than the overall trend figure might suggest. We all know what’s helping to prop that overall trend figure up: the internet. The number of companies allocating more than 10% of spend to internet marketing rose to a record of 17%. Only 11% said they now spend nothing on the internet.

Given the future trend in marketing communications is so blindingly obvious, we might reasonably expect a star-studded fraternity like the advertising community to have bent their collective minds to a practical solution. If so, we would be disappointed. In a report just published by the Haystack Group, two-thirds of of the 85 client companies surveyed condemned advertising agencies for failing to keep up with events; only 4% of them were prepared to offer approval. And the vitriol didn’t stop there: brand consultancies and public relations firms were also branded as arrogant, lazy and out of touch. Most of these clients spend substantially on digital marketing: about 50% spent over &£1m in the past year, and 28% over &£5m. So their criticism cannot be easily dismissed. As one client bluntly puts it: “Digital is a firestorm that is sweeping the world of agencies and the majority are asleep.”

Such clients, it will be no great surprise to discover, tend to go to specialists for their digital marketing because they earn “higher levels of trust”. Yet condemnation of the traditional marketing services scene is by no means universal. Direct marketing agencies receive some grudging praise, and media agencies are seen as streets ahead of the rest. Why this last should be the case is interesting to speculate. As relative latecomers to the marketing services scene, they might be judged more receptive to change. More specifically, their USP is an understanding of the very force that is rocking the world of marketing: media agencies earn a substantial part of their crust from embracing change, not from opposing it.