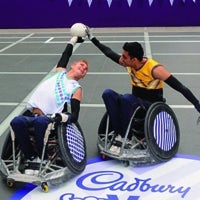 There is still a job to do to change what people think of Paralympic sports. For Jane Jones, communications director at the British Paralympic Association, it is a marketing challenge.

Part of her role is to help sponsor brands understand what they are putting their money behind. She recalls one sponsor’s comment during the Beijing Games: “I have had an epiphany. I didn’t realise the quality of the sport was so exciting to watch, and that people turn up night after night to see it,” the corporate ticket holder told her.

However, Jones wants the British public as well as sponsor brands to see beyond an athlete’s disability. “Brands have bought high performance sport, which is what enables the British public to connect with the games. The sponsors that have understood that athletes don’t want sympathy are now getting a very rich experience.”

Paralympic broadcaster Channel 4 hopes to use sponsor brands to help change perceptions. It will be the only British channel to show the games, following what organiser Locog says was a “highly competitive” tender process.

“There has been a general lack of awareness and engagement with disabled people,” says Deborah Poulton, project manager and sports editor for Paralympics 2012 at Channel 4. 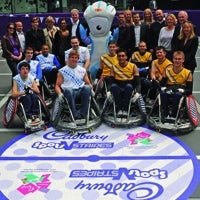 She adds that the broadcaster is running That Paralympic Show, which profiles the athletes in the run-up to 2012, as well as a 10-part documentary starting in September.

It seems that the channel is already changing people’s perceptions of disability, with 90% of people who watched Inside Incredible Athletes – its programme about sports people with disabilities – saying they would be more interested in watching the Paralympics next year, according to Channel 4’s research.

This programming has attracted bluechip partners, with Sainsbury’s and BT both signing multimillion pound deals with the broadcaster. Sainsbury’s 90-second films are currently being shown on Channel 4 in support of the Paralympics, and BT’s are to be broadcast later in the year. The telecoms brand also helped fund a cinema ad, made pro-bono by Team Saatchi, showing Paralympic sports people as the elite athletes they are.

Success in changing what people think will be seen in the press coverage of the games, according to Poulton. “We’ll know if we’ve had success if we see critical discussion of the results. For example, questioning whether there is a coaching problem, say, with the wheelchair basketball team.”

This is the first time that Paralympic and Olympic rights have been packaged together for domestic sponsors for any of the games. Games organiser Locog’s commercial director Chris Townsend says: “We have always positioned the Paralympic Games on an equal footing to the Olympic Games in presentations to potential sponsors – as an integrated games, of two halves. One of our objectives is to promote the Paralympics movement as much as we can.” 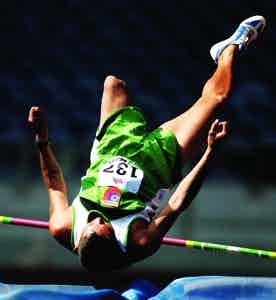