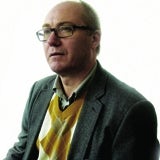 At least, that used to be the case. According to Vodafone, one fifth of 16 to 24-year-olds shopping on London’s Oxford Street are also using social networks at the same time, as well as browsing competitors’ prices via the mobile web. Taking photos of outfits and asking friends for an opinion is becoming commonplace among this group, leading the network’s chief executive to tell retailers they have “lost control of their shoppers”.

This insight has come from data analysis and geo-tagging which identified clusters of users sending and receiving messages from the corner of stores. Until now, the changing room had been a bastion of privacy – technology has opened it up to scrutiny.

You don’t need access to that sort of call pattern data to gain insight into the new consumer. I spent Saturday helping my wife with her new venture, Velvet Eccentric, selling embellished and reworked vintage clothing in the upscale Suffolk market town of Woodbridge.

Getting face-to-face with shoppers is probably more valuable than an MBA. Certainly, the need of some consumers for an opinion about an outfit was evident. But you need to be careful. For one type of woman, “how does this outfit look on me?” means “I think this outfit looks great – do you agree?” For another, it means “I’m not confident in my choice – help me decide.”

An honest comment combined with a helpful suggestion can make the difference between giving that shopper the confidence to buy or alienating them. You need to know when that consumer has actually already decided to make a purchase and just wants affirmation, or if they are genuinely struggling.

Recognising the difference is what salesmanship has always been about. Marketing is less used to working out when to tip someone from being undecided towards making a purchase, until data streams started to open up the whole process.

The risk is to assume that all consumers behave like this, or that everyone needing some help is necessarily young. On Saturday, the same behaviour was displayed by a 13-year-old and a 55-year-old.

Other groups were also clearly identifiable. Self-confident women who know what they are after and have no hesitation buying things they like just need to be pointed towards the right stock. Another group had been out buying Christmas presents for friends and family and felt guilty about treating themselves – a little helpful justification was all that was required.

Data mining can show you when a new behaviour is emerging. To understand what is driving it and the attitudes behind it, sometimes you need to get away from the screen and back to the shop floor.