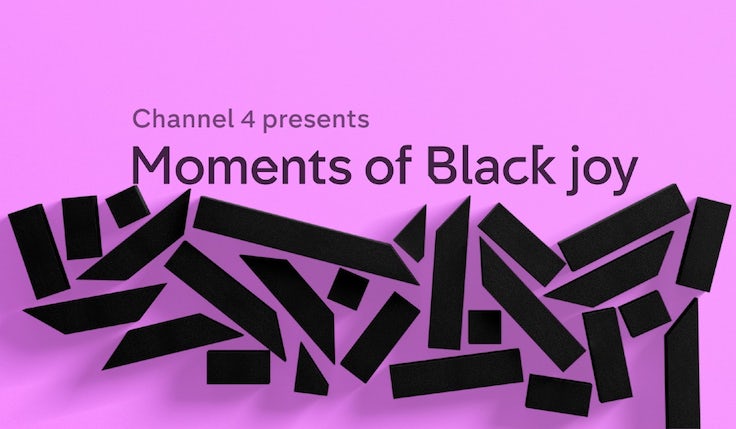 Over 60 brands are partnering with Channel 4 today (10 September) to support the broadcaster’s ‘Black to Front’ project, which will see Channel 4’s entire programming schedule fronted by black talent.

To take its commitment beyond editorial content and into commercial airtime, Channel 4 will also only broadcast adverts featuring either a black lead character or a majority black cast. There are 70 campaigns in total, split across 55 linear ad breaks and around dedicated content on the broadcaster’s on-demand platform, All 4.

According to CMO Zaid Al-Qassab, the project has been devised to draw attention to and address a number of concerns, namely the lack of diversity in programmes and advertising.

The lack of representation of diverse ethnicities – particularly black people – on-screen and behind the camera in UK broadcasting, is the first area Channel 4 is looking to address.

The BBC, ITV, Channel 4, Channel 5 and Sky all use a single online system in the UK to obtain diversity data on programmes they commission, called Diamond. The latest Diamond report covering content broadcast between 1 August 2019 and 31 July 2020 found 21.2% of on-screen contributions towards programmes were from black, Asian or minority ethnic people, a slight decline from the year prior when the figure stood at 22.7%.

However, the lack of representation is more apparent off-screen than on-screen. Off-screen contributions from black, Asian and minority ethnic groups fell from 12.3% to 11.8%, below the national workforce estimate of 13%. Just 6.5% of writer contributions and 8.4% of director contributions were from those who identify with those groups.Channel 4 sees ‘uptick’ in minority viewership following representation drive

“A very important part of this [the Black to Front project] is it has enabled us to dig deep into the way that talent is recruited for broadcast programmes and production in our industry, and it has enabled us to build a pipeline of black talent in those areas,” Al-Qassab tells Marketing Week.

“It has brought a demonstrable change internally to the way we work and the things that we do.”

Secondly, Channel 4’s own regular reviews of diversity in advertising has revealed that advertising does not reflect the diversity of the UK population – an imbalance that the broadcaster is keen to help remedy by bringing advertising into the Black to Front day.

“We know that advertising in the UK is not fully diverse and representative, so we looked at how we would enable brands to understand that journey,” Al-Qassab says.

“By getting advertisers involved and asking how they want to be presented in the context of the Black to Front project, they have to look at their advertising today and in recent history and reflect on how diverse it has been. What have they actively done to ensure it’s diverse, and what will they do in future to ensure more black people are recruited into the creation and on-screen representation of our advertising?”

Finally, the idea for the project came as “an emotional response” to the Black Lives Matter movement and the murder of George Floyd last year, Al-Qassab says. At the time, brands from Starbucks to Glossier posted black squares on social media as a mark of solidarity with the black community – but Channel 4 elected not to.

“We had a conversation that day where we talked about putting up a black square, but we said, ‘what change will that make in broadcasting? We should do something meaningful that drives change in the industry, not just a gesture’,” Al-Qassab explains.

On top of the 70 campaigns running today, every sponsorship brand partner has reviewed or updated its ident creative to ensure it aligns with the aim of the Black to Front initiative.

Additionally, Direct Line, HSBC and Tesco have teamed up with Channel 4’s commercial arm, 4Sales, to develop a bespoke ad-break takeover, which premieres in the first break of Celebrity Gogglebox at 9pm.

The break will include three separate 30-second adverts under the banner of ‘Moments of Black Joy’, and will feature black employees from each of the participating brands offering viewers a glimpse into their personal lives.

As part of the drive to engage new black creative talent in the advertising industry, the crew behind the camera of the ad was over 60% black, Channel 4 claims.

Over the past year, large scale gestures from brands to denounce racism and show support for black and minority ethnic talent have been consistently met with some degree of backlash from consumers. In November, a collaborative TV ad from British supermarkets taking a stand against racism was met with threats of boycotting on social media.

However, Channel 4 remains unconcerned about the potential for outrage among certain viewers, Al-Qassab says.

“Channel 4 has always been about diverse representation. We are perfectly used to naysayers and people who are not on board. And we are very happy to continue to challenge those people’s views and face them down to move forward in terms of a more diverse and inclusive media industry and UK society,” he says.

On the other hand, the Black to Front project has already faced some criticism for being ‘tokenistic’, with some critics suggesting that it is a flash in the pan moment rather than a meaningful force for change.

Countering this argument, Al-Qassab compares the approach to Channel 4’s decision to first air the Paralympics in 2012.

“[The Paralympics] has enabled us to open a dialogue in Britain about disability representation on-screen, which has resulted in disabled talent coming to the fore across UK broadcasters. It’s resulted in disabled fronted shows like The Last Leg coming on to our screens, and it’s resulted in a change in the whole dialogue and conversation about why disabilities should be better represented.”Channel 4 aims to ‘deliberately provoke’ with Tokyo 2020 ‘Super. Human’ campaign

Conceding that there is still a way to go in elevating disabled representation on and off screen, Al-Qassab argues that “massive strides” have still been taken towards improving the situation and “raising it in people’s consciousness”.

Channel 4 puts its money where its mouth is in terms of hiring a diverse workforce, Al-Qassab adds, claiming that the broadcaster has staff in excess of the national average in terms of ethnic diversity.

To ensure that Black to Front does leave a “lasting legacy”, Channel 4 has also announced a series of follow-up initiatives, including a new annual diversity audit of UK television advertising and a placement scheme for young black creatives.

Channel 4 has also worked with the Sir Lenny Henry Centre for Media Diversity on the initiative to identify and address barriers to inclusion and representation for talent from underrepresented groups. The charity provides a crucial external perspective, Al-Qassab explains, and “allows us to look at how you deliver the legacy and ongoing commitment to this”.

“It is a long-term commitment, and the legacy of this is what’s always been important,” he continues.

“We could have done all this and put programmes that have more black producers, directors, actors and talent on lots of different days of the week over the course of a year, and nobody would have noticed.

“That would have been good for Channel 4 because we would have made improvements, but it wouldn’t have sparked a debate in the country or with advertisers at large. By doing this, we’ve done the same things we wanted to do as a broadcaster, but we’ve allowed it to challenge and provoke a really good conversation in our industry.” 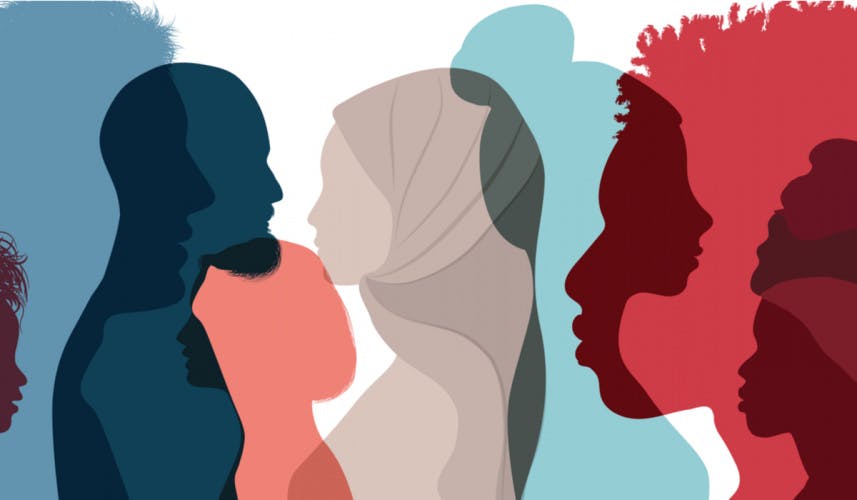 Channel 4’s showcase for Black talent won’t fix the creative industry’s problems if organisations don’t commit to representing the diversity of their consumers throughout their teams. 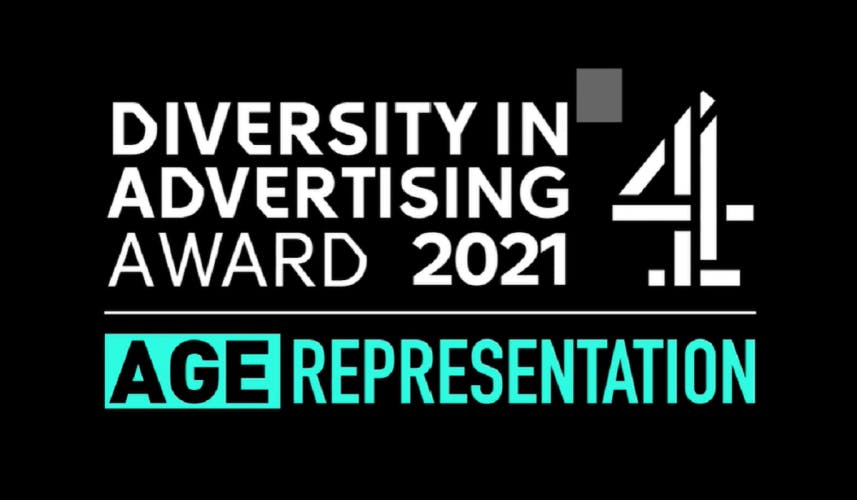 This year the broadcaster’s is focused on age representation after new research finds less than a third of ads feature someone aged over 50 and when they do portrayals are often inauthentic.