The ‘We’re the Superhumans’ campaign, part of Channel 4’s 2016 Year of Disability, will promote the station’s coverage of the Rio 2016 Paralympic Games and will run on its own channels, as well as Facebook, Twitter and YouTube.

The ad, created by Channel 4’s in-house team 4Creative, features a cast of more than 140 disabled people, including Paralympic athletes, musicians and members of the public, and looks to celebrate the abilities of people with a range of impairments. The broadcaster says its ad includes more disabled people than have ever featured before in a UK ad.

In 2012, Channel 4’s campaign helped attract more than 11 million viewers to the opening night of the London Paralympic Games, and reportedly helped to change attitudes to disability sport and disability more generally. It also picked up numerous industry awards and helped Channel 4 in its brand strategy to “take risks and challenge the mainstream”. 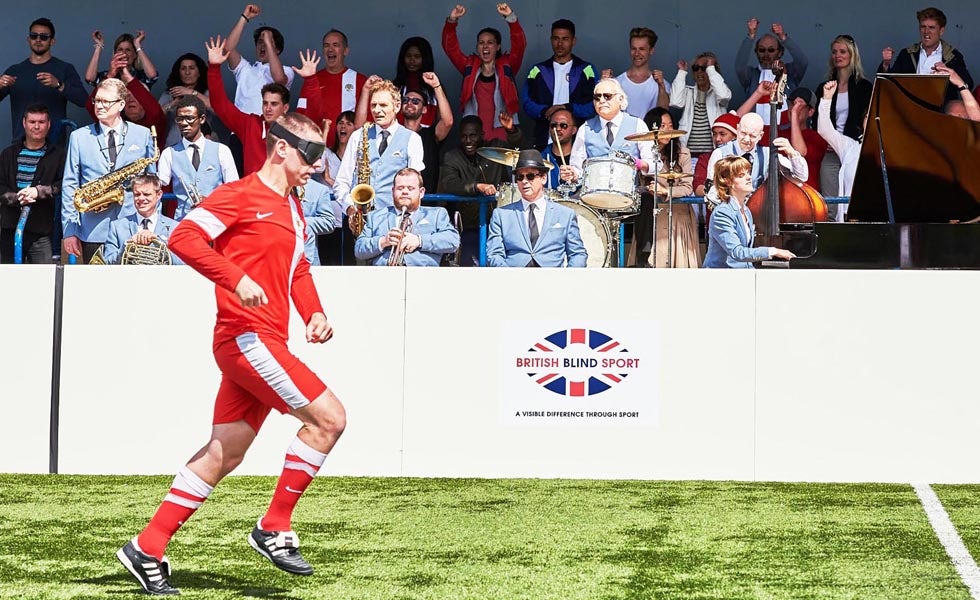 Speaking to Marketing Week, Channel 4’s chief marketing and communications officer Dan Brooke said his team was “massively excited” to create a follow-up to the London 2012 Paralympic Games but felt a “smidgen of agony to make it even better than before”.

“Very early on I said to the team that we can’t be better – we have to try and be different. We don’t have the warm glow of home turf and there is a time difference. However, we’re hopeful that we will bring back a lot of people who watched [the Paralympics] in London, but also new viewers.”

While the 2012 campaign aimed to put the Paralympics on the map and make people understand it “is not a cousin event to the Olympic Games”, this time around the broadcaster is keen to celebrate disabled people on a wider scale.

“The tone before had a lot of strength and defiance but now we have gone for warmth and celebratory. That fits with disabled people more generally and with Rio,” he commented.

“We are trying to make a sports event popular, but also to change society’s attitudes towards disabled people. There’s a promised land, where able-bodied people understand what it’s like to have a disability. There is still a long way to go, but I hope this will mark another step forward just as in 2012.”

‘Variety is the spice of life’

To measure whether its campaign has had the desired impact, Channel 4 will be analysing public attitudes towards disability, as well as people’s perceptions of the brand.

“The phrase ‘variety is the spice of life’ rings true with this campaign. We all need different perspectives and to show different people who exist in the world. And we want to be that champion of diversity.”

The broadcaster is also looking to help the industry. It is putting together a database so other brands can learn about working with disabled people.

Channel 4 launched a competition in April offering £1m of commercial airtime as a prize to encourage brands, media and creative agencies to prominently feature disability and disabled talent in their advertising campaigns. The winning ad, by Maltesers and AMV BBDO, will feature in a spot in the first break of the 2016 Rio Paralympics Games opening ceremony on Wednesday 7 September.

Read more: How brands are taking a proactive approach to disability

According to Brooke many of the brands that entered the competition said Channel 4 had “opened their eyes to a new world, and they wouldn’t be able to close them again”.

Brooke concluded: “During this process we have learnt a lot about how to make adjustments in order to work with disabled people. We want to share [that knowledge] as much as possible. We care very passionately about this and want to help others to change the world too, as the British advertising industry is pretty hideously able-bodied.”