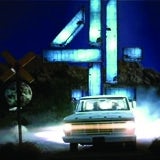 Pritchard, who was previously director of strategy and corporate development at the channel, will be responsible for reporting to Channel 4 and its advertisers about who is watching its programmes.

Previously the channel had relied on British Audience Research Bureau surveys, just like all other UK broadcasters, to get feedback about its programmes.

Abraham says Pritchard will “lead the process of change” whereby Channel 4 will “monetise the value of content in new ways as convergent behaviour becomes deeper and more pervasive”.

Today (18 January), Abraham announced the channel’s first ever regional targets for digital media and is setting a self-imposed objective that 35% of Channel 4’s digital media spend will be from new and emergent companies outside London, equating to £4m. Channel 4 online is under new leadership from Richard Davidson-Houston.

In order for the channel to become closer to “grassroots” creative communities the new £2m Alpha Fund will launch this year to aid talent-spotting and shaping creative ideas at early stages.

Abraham says: “We need to look to support great creative individuals, fund the work of smaller companies and reach those parts of the creative culture that other broadcasters cannot or dare not visit.”

The Alpha Fund will sit alongside Channel 4’s Convergence Fund, also worth £2m in 2011, which aims to invest in apps, ideas and concepts for the “next generation” of connected TV such as YouView.