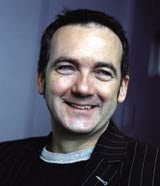 Commercial radio could be about to get a much-needed shot in the arm in its battle for audience share against the BBC, with the news that Channel 4 is planning to make a serious expansion into the market.

In his keynote speech at the Oxford Media Convention last week, C4 chief executive Andy Duncan outlined the broadcaster’s position. It will bid for the second national Digital Audio Broadcasting (DAB) multiplex, which is due to be advertised later this year, and has plans to launch a portfolio of radio services. It has already had talks with potential partners, which are thought to include Emap, but has not ruled out bidding alone.

Duncan’s speech makes it clear that the company aims to be represented on every possible platform in preparation for the digital future, and radio is central to those plans. The appointment of Nathalie Schwarz, the former strategy and development director at Capital Radio Group, to head the expansion underlines C4’s commitment to radio.

Schwarz was a key player in the Capital Radio Group and GWR Group merger, but also has a lot of experience in digital radio. One industry source says: “There is no one better to spearhead the digital development for Channel 4. She knows that area well and her strategic vision is fantastic.”

Her appointment also suggests that, if C4’s bid for the DAB multiplex is unsuccessful, it might consider acquisition. Duncan says of Schwarz: “Her brief is broader than just the DAB bid. She will be looking more broadly at radio development.”

There is scant detail about what formats the broadcaster is planning to launch, but comedy, entertainment, current affairs and lifestyle seem natural areas to extend into radio. It has already started to do this with its first radio operation Oneword – the digital station in which it has a 51 per cent stake – with the launch of a current affairs show presented by Channel 4 News anchor Jon Snow, which will also be available as a podcast.

It is this wealth of talent and the potential for spin-offs that is causing excitement across the commercial radio industry, but it is also the company’s remit as a public service broadcaster that makes a potential bid for the digital multiplex compelling.

There has already been much discussion in commercial radio, particularly by key figures such as Emap head of radio Dee Ford, about the need for the new multiplex to be used to develop formats that are distinctive from what is already available. The feeling is that this is the only way to bring in new listeners, rather than fragment existing DAB audiences.

This has been reinforced by the uncertainty over whether GCap Media will push for a judicial review of the second multiplex, which will be in competition with DigitalOne, in which GCap is the major shareholder.

Jonathan Barrowman, head of radio at Initiative, believes C4’s resources mean that it can develop completely new formats. He says: “The potential investment that it could put behind an expansion into radio means it could develop speech formats that are not currently fulfilled in commercial radio.”

Another key point of difference would be the broadcaster’s ability to cross-promote its services. Ofcom is currently reviewing its regulations on cross-promotion by commercial television broadcasters.

Its proposals will effectively deregulate this area, although companies will only be able to promote their broadcast services, and will have to remain neutral about digital platforms. This would allow C4 to promote its new digital radio services, if it wins the bid, but would also give commercial digital radio the kind of support that the BBC’s offering has had from its launch.