The 4Now companion app will launch in beta next month and will enable registered Channel 4 users to track discussions on social media about programmes and add their own thoughts on Twitter. It will also offer additional rich content about programmes and their stars and has the capability to conduct live polls – a feature the broadcaster says will work particularly well on news and live quiz shows.

On the advertising front, 4Now will launch with four initial formats: the opportunity to sponsor the entire app, programme sponsorship, a promotional panel where brands can link to interactive microsites and a synced screen format which runs to complement a TV ad as it airs live.

Earlier this year Channel 4 introduced a fresh set of data tools allowing marketers to target sub-demographic audiences – on the basis of shopping habits and family status, for example – on 4oD. These tools will also be extended to the app.

Channel 4 has begun presenting the app to advertisers and media agencies this week as it looks to launch 4Now with a number of the advertiser spots filled next month.

Keith Underwood, Channel 4’s director of strategy and technology, told Marketing Week the app has been developed on a “modest” budget, but this has the potential to grow based on consumer appetite and commercial success.

He adds: “The return on this product depends on the level of development we want to put in to it and the response from advertisers. We could leave it as it is and take the money and reduce our payback, but we have quite a long list of potential product developments that will be enhanced by what viewers and advertisers tell us they want.

“Tech companies always tend to release things quickly then reiterate on them, that’s been our mentality on this product. In this converged media landscape tech processes come to the fore more often than they previously did with TV 1.0.”

Initially Channel 4 will promote the app with email communications to its registered viewers and on pre-roll and mid-roll ads on 4oD. As the app grows in popularity the broadcaster will increase on-air continuity ads and references to the app by presenters in programmes.

Underwoods adds: “There’s obviously a huge amount of research about the number of people using a second screen while watching TV. We have been very successful and an innovator in terms of creating stand-alone second screen apps – such as the Million Pound Drop, Horse Tracker, The Bank Job and Dispatches – and I think there’s now a real value in trying to create an aggregated, always on, centralised app which will really [bolster] our viewer relationship strategy. And there’s certainly been a lot of appetite from advertisers for the second screen.”

Recent research by MTV and Nickelodeon owner Viacom International Media Networks found UK viewers engage in an average of 10 TV-related activities – such as interacting with fans and friends and watching clips and trailers – on social media platforms on a weekly basis. The research found game experiences such as entering competitions, playing games or answering polls were particular drivers of social media TV-related activities.

At Channel 4’s annual report presentation last month the broadcaster asserted it was to put investing in innovation around advertising and new programme formats at the heart of its growth strategy for 2013 as it looks to revive advertising revenue and missed targets for its share of viewing.

The broadcaster has also invested heavily over a number of years in building an extensive viewer database to provide its viewers with more targeted advertising, programming, digital features and communications. 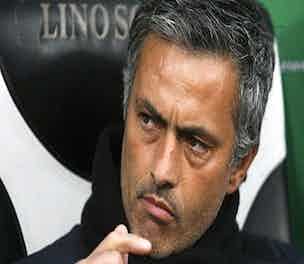 Jose Mourinho’s return to Chelsea FC and the Premier League has been called a ‘massive commercial opportunity’ for brands by sponsorship experts, who claim the controversial manager’s ability to attract high levels of global media coverage will swell now Sir Alex Ferguson has retired. 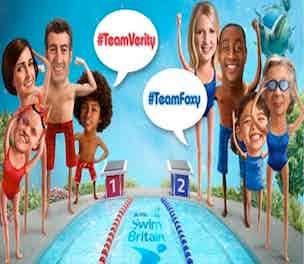 British Gas is readying a national marketing drive to get 500,000 people swimming more regularly by 2015 as part of its London 2012 legacy activity.